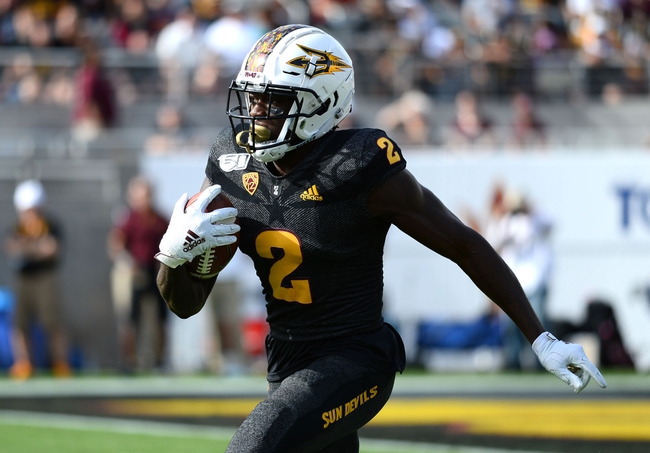 Wide receiver Brandon Aiyuk probably would be drafted higher if it wasn’t for this being such a loaded draft class, but he should still go in the first and or second round.Aiyuk was a three-star recruit coming out of Junior college in the class of 2018. He was the 11th ranked wide receiver in the class.

College Career: It didn’t take long for Aiyuk to become an impact player for the Arizona State Sun Devils. He started three times as a freshman and finished the season catching 33 passes for 474 yards. During his 2019 season, it was when he really broke out catching 65 passes for 1,192 yards and eight touchdowns. He was also a standout returner during his time in Tempe and was considered one of the best in the country doing that in 2019.

Pros: Aiyuk is a dynamic player who should wow a lot of people once he gets to the NFL. He has a quick twitch and is super slippery which is going to make him tough to bring down. He also is strong and will always fight for the extra yard. On deep shot he has good body control that helps keep him under the football. He also is a good blocker if that is what he is called on to do. Looking at this kick return film, that is something he should be able to continue to do at the next level.

Cons: He sometimes gets bounced off routes, and he needs to get a little stronger so he can work through contact without the ball. If it’s a contested ball, he is going to have issues coming away with it. He also only had one big season and there will be some questions if that one was just a fluke.

Projected Teams: The Philadelphia Eagles need a kick returner and wide receiver and it makes a lot of sense for them to go after Aiuk. If the New England Patriots are going to take another wide receiver in the first round. They should take a long hard look at Aiuk.