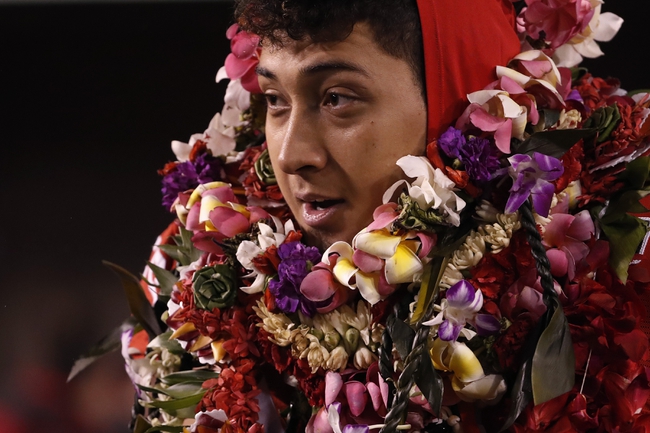 Defensive end Bradlee Anae is projected to be selected in the second day of the draft. Coming out of high school in the class of 2016, Anae was a three-star and the 14th ranked player in the state of Hawaii.

College Career: Anae went to Utah to play with the Utes for college and as a freshman, he didn’t play a whole lot. During 2017 he got his chance starting 10 of the 13 games and led the team with seven sacks and three forced fumbles. In 2018 he was elite again leading the league with eight sacks and teams were starting to double team him to try and keep him away from the quarterback.

Pros: Anae has one of the biggest motors in all of the draft, and he won’t give up until the play is over. He does a great job of getting off the snap, and not often is he too early. That type of anticipation is going to do him really well in the NFL. Against the run he is good, and does a good job of getting to the gap first. He is a complete player, and some NFL team is going to get a really good player.

Cons: The biggest issue for Anae is with his arms and how short they are. At times he has issues clearing pass defenders because his arms are short. The biggest problem with this weakness is it’s nothing that Anae can do about it. There are parts of players' games that they can fix, but he can’t fix his short arms. He also has issues dropping in coverage and it’s something he won’t be able to do in the NFL.

Projected Teams: The Chicago Bears defensive line needs some depth, and bringing in Anae would make a lot of sense. They have two second-round picks, and using one on Anae would be a great move.

The Houston Texans could also use a relentless pass rusher, especially with how often JJ Watt gets hurt. Anae could be a rotational player to start, and maybe down the road, he could end up being a starter.