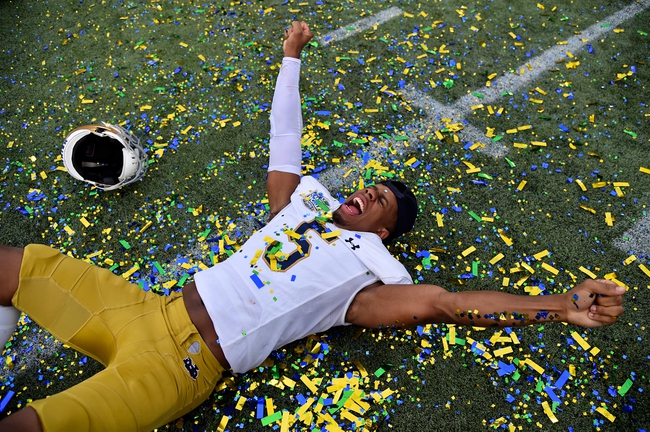 Cornerback Troy Pride Jr. is projected to be a third or fourth-round draft pick in the 2020 draft but with some lack of information surrounding this draft, it wouldn’t be all that shocking if he went higher. Coming out of high school in the class of 2016, Pride was four-star recruit and the 23rd ranked recruit in the draft.

College Career: The first two years at Notre Dame, Pride played on and off starting a total of seven games. In 2018 it was when Pride really took off becoming the full-time starter and picking off two passes. In 2019 he continued to be the full-time starter and posted 40 tackles and six pass breakups. During his time with the Fighting Irish, Pride also was a track running posting top speeds for the team in the 60 and 200-meter dash.

Pros: Pride has the most success in zone coverage where he can use his length and size to his advantage. After the ball is in the air Pride does a good job of staying calm and readjusting to go for the ball. Overall he is very athletic and that should really help him make up for some of the struggles at other things in the NFL.

Cons: At times Pride could be a better tackler, and in the NFL it’s something he is going to really need to improve on. His eyes can get caught looking in the backfield, and at times that can cause wide receivers to fly by him. At the top of the route, he can also work on being more fluid, which would allow him at times to not get beat. For the most part he is a good wideout, but these are little things that could be worked on.

Projected Teams: The Kansas City Chiefs need some secondary help and they usually like to go after guys with lots of speed. Pride has plenty of speed and it would make a lot of sense for the pair to connect.

The Philadelphia Eagles are another team that needs secondary help and a mid-round pick on Pride would make sense.