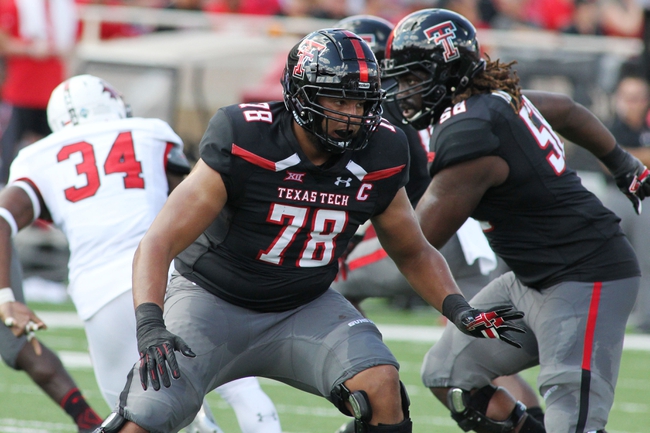 College Career: In high school, Steele was a bit of a late riser and he ended up with the Texas Tech Red Raiders. After redshirting his freshman year, Steele stepped into the starting role as a redshirt freshman starting as a tackle. Steele was the starter again as a sophomore but it was in 2018 when everyone really started to notice his play. In 2019, he started the last 10 games of the season and was named an honorable mention for the All-Big 12 team.

Pros: Steele is a good player but he isn’t someone that will probably blow anyone away in the NFL. To start Steele has the perfect body to play offensive line and he doesn’t have any limitations there. Steele does a good job in the run game of holding his blocks. In the passing game, he has shown some flashes of being a standout.

Cons: His body is good, but he needs to improve his lower body strength. He laos is really only a tackle and probably can’t be moved to a guard. That can cause some issues for a late-round pick who should be trying to do anything to get on the field. He also doesn’t do a great job of finishing his blocks and at times he lacks that mean streak that offensive lineman usually has. His technique sometimes lacks, and he could get called for a lot of holding penalties.

Projected Teams: Steele is really a fit for any team that wants to take a chance on a project offensive lineman.

The Seahawks are a team that like project offensive lineman and that might be a good spot for him to go.

The Minnesota Vikings have also had some success hitting on some late-round picks, and they need the help they can get with their line.