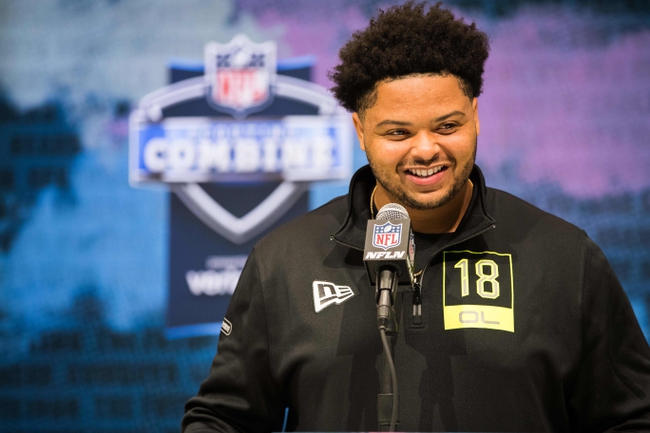 Nick Harris is one of the center prospects in the 2020 draft but where he is going to be drafted is anyone’s guess. Coming out of high school, Harris was a three-star recruit and the 150th ranked player in the state of California in the class of 2016.

College Career: Harris didn’t have a lot of interest with the Washington Huskies being the only FBS team to offer him a contract. Harris made an impact right away as a true freshman starting two games at left guard and two games at right guard. During the 2017 season, Harris made al 13 starts at right guard. Before his Junior season, he was moved to center, and was named to the first-team all-conference. During his senior season, he was also named to first-team all-conference.

Pros: Harris isn’t all that tall, but he is very athletic and can make up for what he lacks with his height in that. He also is really good with communication which is key for the center position. He can read opposing blitzes and helps get the offensive line in the right position. He is better with pass protection but isn’t a liability in the run game. In the passing game, he does a good job of holding his blocks and usually doesn’t need help. Harris could also play guard if that was needed.

Cons: Harris doesn’t have all that many cons but the biggest is with his height, He is short and at the next level there could be some issues. His arms are also short which could limit his effectiveness.

Projected Teams: The Houston Texans have Nick Martin at center, but it would make a lot of sense to find a solid back up in this draft. With Harris having position flexibility he could play three positions on the line. And Harris would be a welcome addition to their team.

The New YorkJets also need some offensive line help and anyone that could keep Sam Darnold upright would be a welcome sight.