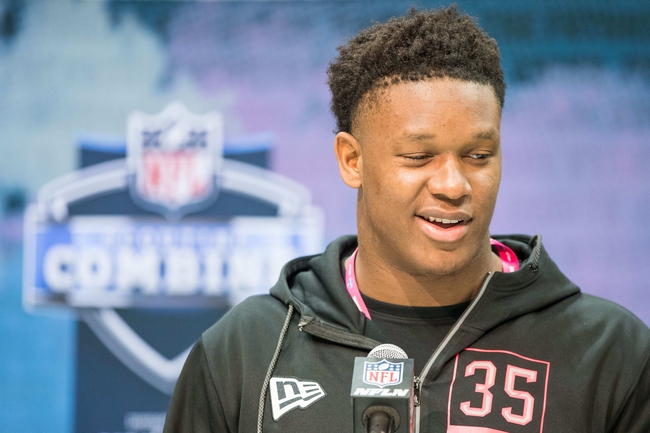 Defensive End Julian Okwara is projected to be a first or second-round draft pick in the 2020 draft. Coming out of high school, Okwara was a four-star recruit in the class of 2016 and the 301st player ranked nationally. Okwara is the brother of Detroit Lions defensive end Romeo Okwara.

College Career: As a reserve as a freshman, Okwara played in 11 games and made four tackles. In 2017, Okwara was also a reserve but the stats improved putting up 17 tackles and 2.5 sacks. He made eight starts to end the season and used that momentum to head into the 2019 season. Okwara started the first nine games of the season racking up 18 tackles and four tackles, but he suffered a broken leg that ended his season.

Pros: Okwara might not be getting as much buzz as he should heading into this draft. He is quick out of the stance that makes life tough on the opposing offensive lines. The dip and cross chop are his best moves and he has great success with those moves. He has also a strong motor and has no issue standing up if called upon. He is going to be a problem for offensive linemen at the next level.

Cons: At times his pad level gets too high and it’s something that is going to need to be worked on at the next level. The other big issue for the Okwaa is with his run defense. Too often he gets beat to the gap and will then struggle to have any chance. He also could get a little stronger to have success in the NFL.

Projected Teams: The Chicago Bears could use another rotational pass rusher, and Okwara would make a lot of sense. The Green Bay Packers have improved their defense, but they also need more defensive help.

The Packers probably wouldn’t want to use their first-round draft pick on him though so to get him they might need to move up in the second round.