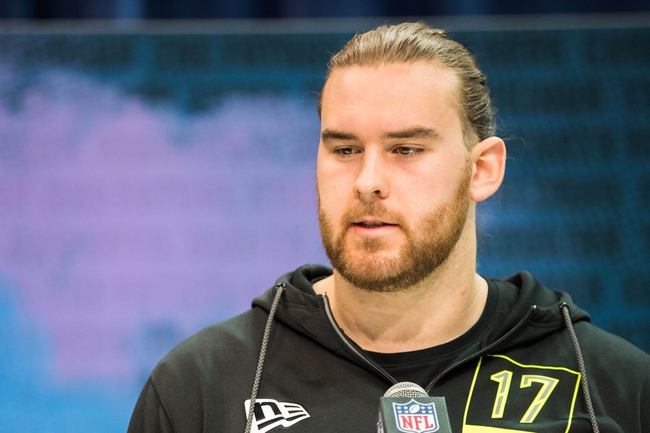 Jake Hanson has been talked about a lot as an NFL prospect since early in his time with the Oregon Ducks. Coming out of high school Hanson was a three-star recruit in the class of 2015. Hanson was the 73rd ranked offensive lineman and the 78th ranked player in the state of California.

College Career: Hanson first took over as the starting center for the Oregon Ducks in 2016, and he impressed right away. He was an honorable mention for the All-Pac 12 team four straight years. Hanson and Justin Herbert had a great relationship and worked well together for the Ducks. During the 2019 season, he missed two games because of injury but still started 12 games at center.

Pros: Playing the center position in the NFL is a tall task, but Hanson has the mental side of the game to succeed. At Oregon, Hanson was in charge of a lot of the calls at the line of scrimmage and he had no issue getting everyone on the same page. He has a nonstop engine that is going to make him a favorite teammate at the next level. He does well working with the guards to double team if that is what is called.

Cons: The biggest downfall of Hanson’s game is with his snap. His snap is okay most of the time but he is a bit slow getting off the line after he has snapped the ball. At times he will have a snap that goes haywire. At times he will also struggle when there is a defender lined up over him.

Projected Teams: Hanson is a project at best and it will probably take a while until he would be ready to play in an NFL game. He really is a fit for almost any team that wants to take a flyer on a center. The Detroit Lions are one team that comes to mind who need depth on the offensive line.

The Eagles are another team that could be looking to replace their center in the next couple of seasons.