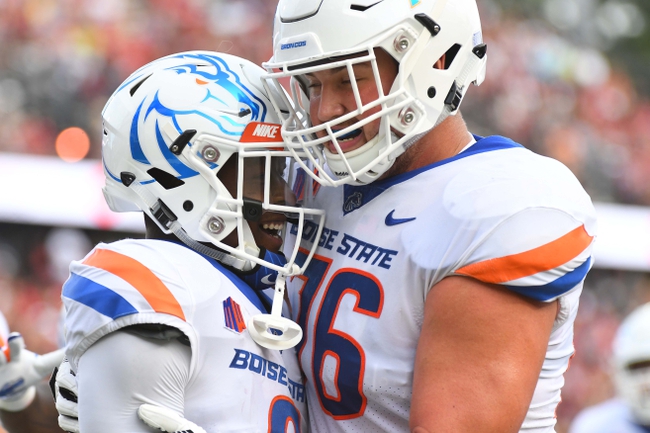 Ezra Cleveland is one of the best offensive lineman in this draft class, and is expected to go in the first round. Coming out of high school, Cleveland was a three-star recruit in the class of 2016 and was the 22nd ranked player in the state of Washington.

College Career: Coming out of high school,.there was some thought Cleveland would play on the defensive line, but once he got to Boise State they put him on the offensive line and it has worked out really well. After redshirting his first year on campus he was the starting left tackle in 2017. In 2018 he started all of the games again and was named to first-team all-Mountain West. During the 2019 season he continued to show how good he was locking down the left side of the line.

Pros: Cleveland has a lot of mobility that helps him get around the football field with ease. His feet and hips stay engaged which keeps him on his blocks. In pass blocking, he isn’t elite, but he is strong enough to not be a liability. He was a three starter, and even though it was in the Mountain West, Cleveland played some big-time competition.

Cons: He is strong, but not often he is going to knock a defender back with his power. Against power pass rushers in the NFL his narrow base could be an issue, and he could be beat often. He also can easily be fooled by defenders' move, and often times he will be over committing to the outside rush. During college, he looked good but on tape, he never really looked dominant. He also doesn’t have that mean streak that you like to see with the offensive line.

Projected Teams: There are a lot of rumors swirling that the Cleveland Browns could trade back and select Cleveland and that would make a lot of sense. Even with some of the faults in his game, he should be able to come in right away and start, especially with the Browns.