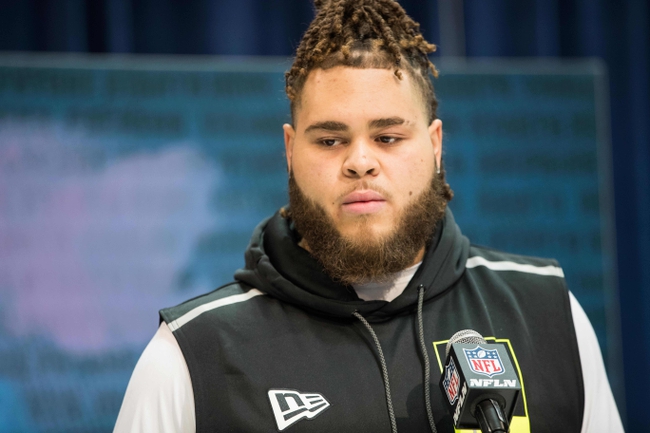 Jedrick Wills is projected to be one of the first offensive lineman taken off the board in the 2020 draft. Coming out of high school in the class of 2017, Wills was a four star recruit. He was the seventh-ranked offensive tackle and the number one player in the state of Kentucky.

College Career: Wills was highly touted coming out of college and it didn’t take him long to make an impact. He played in 11 games as a freshman and was the starter in one of those games. As a sophomore, he had a camp battle with Matt Womack, but when he went down with injury, it opened the door for Wills.

He started all the games in 2018, but in 2019 is when he started to become dominant. He was named as a second-team All-American and first-team All-SEC. All 13 starts during the 2019 season were at right tackle for Wills.

Pros: Wills is a star in run blocking, and the biggest reason is because of his strength. Wills does a really good job with his hands placement. And when he gets his hands on someone, they usually aren’t going to have much success. Doesn’t lose any of his power when he makes it to the second round, and that is going to be a key at the next level. Wills is also really good in pass protection and he has really good timing when he gets off the line scrimmage.

Cons: There aren’t a lot of things to knock with Wills. His footwork could use a little work, and going forward that is the one big thing that needs to change. The one other question is how he will react if he is asked to move to the other side of the line.

Projected Teams: The New York Giants need some major help on their offensive line, and it would make lot of sense for them to select Wills

The Arizona Cardinals have a lot of offensive weapons but now they need to fix the offensive line. If Wills is on the board when they select at number eight they shouldn’t think twice about bringing him on board.