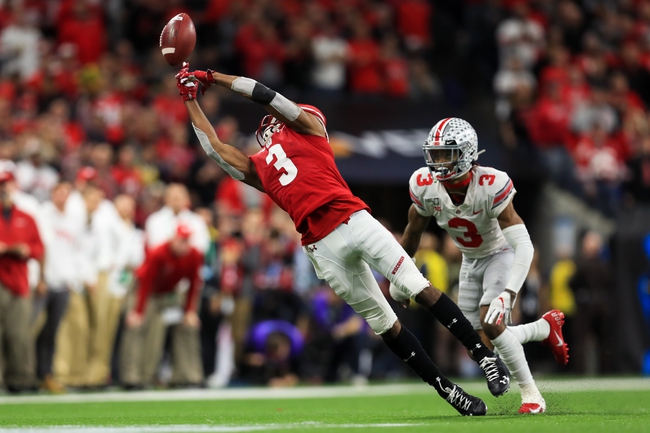 Cornerback Damon Arnette is projected to go in the second or third round in the 2020 draft. Coming out of high school in the class of 2015, Arnette was a three-star recruit and the 62 ranked cornerback in the class.

College Career: Arnette was a star this last season for the Ohio State Buckeyes. Arnette thought about leaving the Buckeyes after the 2018 season but he decided to stay one more season and it worked out well for him. Arnette racked up 35 tackles and eight pass breakups in 13 starts. For his effort, Arnette was named to second-team all-big ten and he really raised his draft stock.

Pros: Ohio State has been producing elite cornerback talent left and right, so he will be coached upright coming into the NFL. Arnette is very strong and has no issues getting up which helps him have success against taller wide receivers. When he is close to the line of scrimmage he does a great job of playing in press coverage and makes it tough for wide receivers to get a clean break.

Cons: Arnette is a good cornerback but he doesn’t have the great athleticism and that could hold him back at the next level. His speed, especially going against players that have elite deep speed could be a problem at the next level. Man coverage at the next level might be an issue which means it would only be zone coverage when he can make an impact. His other big weaknesses are with run support. At times when he tries to get into the backfield, he doesn't take the best angles and that will limit what he can do at the next level.

Projected Career: The Atlanta Falcons are a team that needs some real secondary help, and if they could get him in the second round that would be a big win for them. The New Orleans Saints also could use a guy like Arnette a few years down the road and they can afford to use a pick or two on some projects.