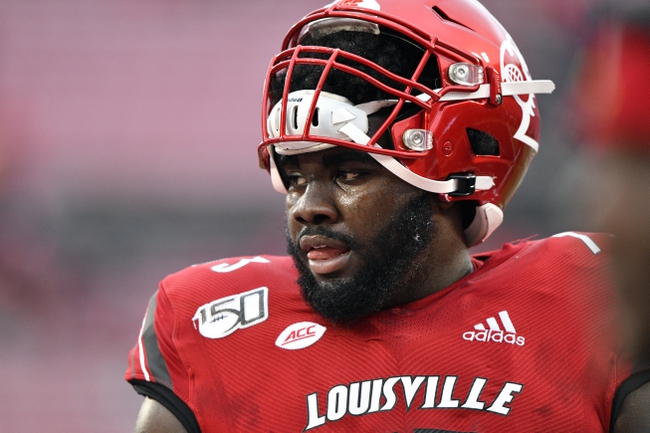 Mekhi Becton is one of the most talked-about offensive linemen in this draft. Coming out of high school, Becton was a three-star recruit in the class of 2017. Becton was 43rd ranked offensive tackle in the class.

Pros: Becton wasn’t challenged all that often in college and his power was always on display. He has strength in his legs and his arms, and he does a good job of using the power together to make life tough on defensive lines.

He does a good job of taking the correct angles when releasing and that means he should have success pulling at the next level. He also always is in control over his body, which is impressive for someone as big as him.

Cons: Becton doesn’t have a whole lot of negatives, but the ones he does have could be a real big issue. Before Becton has had issues with his weight, and he needs to keep a close eye on that. If he lets his body go in the NFL it’s going to be hard to get it back, and could mean his career is cut short. He also does need to improve a bit on his techniques because he can’t always just trust his strength.

Projected Teams: Where the top couple of offensive tackles will go seems like a toss-up because each team seems to have a different opinion on who is the best.

The New York Giants offensive line has been an issue for a while now, and drafting Becton 4th overall makes a lot of sense. He would bring back some nasty to the offensive line.

The New York Jets and the Arizona Cardinals are two other teams that would make a lot of sense.