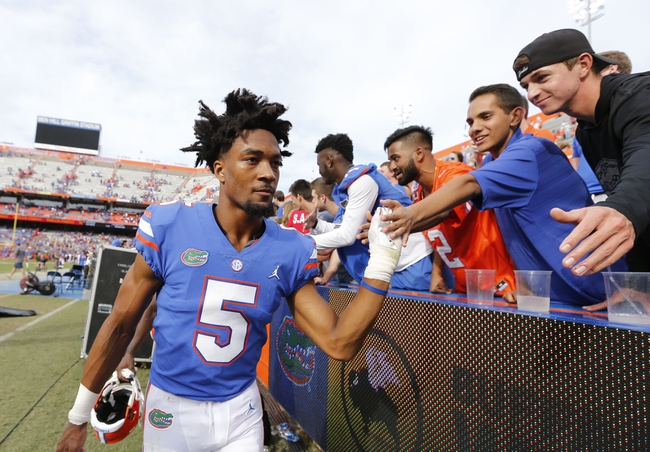 College Career: Henderson played his college career with the Florida Gators and it didn’t take long for him to put his talent to use. He returned interceptions in back to back games against Michigan and Tennessee. Henderson as a sophomore was a full-time starter, and was named to the second-team All-SEC.

As a junior, Henderson was a lockdown cornerback and even though he missed four games, everyone took notice of his skills. He was named to the first-team All-SEC by the coaches and was also named a second-team All-American.

Pros: Henderson is fast and even if he does get beat, he has the recovery speed to make up for it. He is great as a defender and does a good job of playing the ball if he has a chance to intercept the ball. He also is good when asked to blitz, and that should be a weapon at the NFL. He also isn’t afraid of a challenge and has no fear matching up with the opposing team's best wide receiver.

Cons: Henderson isn’t great against the run, and is going to need to improve on that as he adjusts to the NFL. At times he also pulls up instead of making a tackle. In the NFL Henderson can’t be taking plays off or he won’t last long in the league.

Projected Teams: Henderson has played all of his football in the state of Florida and if the Jacksonville Jaguars draft him, that trend would continue. Jalen Ramsey and AJ Bouye are both gone, and Henderson joining the team would make a lot of sense.

The Atlanta Falcons are another team that makes a whole lot of sense. The Falcons released Desmond Trufant earlier this year and they need some major secondary help.

The Las Vegas Raiders and San Francisco 49ers are both a couple of teams that would make sense.