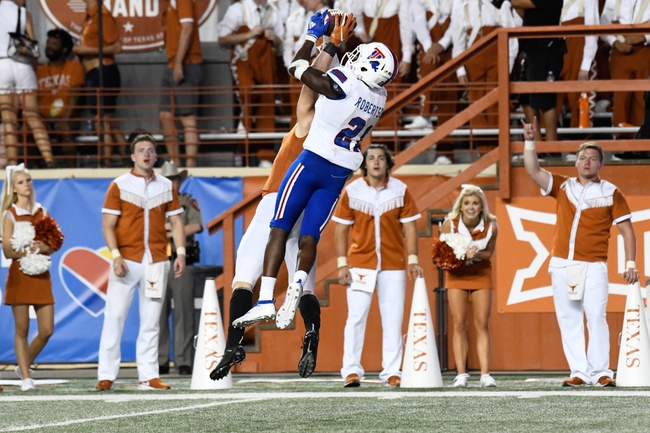 Amik Robertson, a defensive back from Louisiana Tech might be one of the least talked about players entering the 2020 NFL Draft.  Robertson was a big reason why Louisiana Tech had a stout pass defense. Let us take a look at his college career, pros, cons, and projected teams.

College Career: Robertson a junior, took huge strides during the 2019 season as a lockdown cornerback.  Robertson totaled 60 tackles, 5 interceptions, and had 16 passes defended. The defensive back only needed 3 seasons at Louisiana Tech.  During his career, the talented cornerback registered 179 tackles, 14 interceptions, 4 sacks, while having 34 passes defended. Robertson had 3 defensive touchdowns in his 3 year career.  Helped the defense finish tied for 5th at the FBS level in interceptions with 17.

Pros:  Robertson showed the ability to bring pressure off the edge, as he collected 4 sacks during his career.  Being a pass rusher is an added strength, as he was a dominant defender in the secondary. He did well with his eyes, as he was able to keep his head turned in anticipation of passes, this is where his 34 pass break ups came in.  Showed the ability to get better each year, as his passes defended went up each season.

Cons:  He isn’t the biggest cornerback by any means.  Robertson stands at 5’9, which could cause some size advantages for an NFL team.  He should be able to stay foot for foot with the receivers or tight ends, but will be below average on winning “fifty fifty balls”.

Projected Teams: Teams that could use a cornerback are the Atlanta Falcons, Cincinnati Bengals, and the Tampa Bay Buccaneers.

The Atlanta Falcons could use a cornerback, as the Falcons released Robert Alford after the end of last season. The Falcons were nearly in the bottom third of the league in passing yards allowed per game.

The Cincinnati Bengals need help in the secondary, as the Bengals had woeful pass defense.  It seemed week after week the Bengals were getting torched by opposing teams through the air.

The Tampa Bay Buccaneers could use a player for the secondary, as the Buccaneers were one of the worst on defense, especially through the air.  The Buccaneers ranked 3rd to last in pass defense, allowing over 270 yards per game. Coach Bruce Arians is going to do what he can to make sure this Tampa Bay season isn’t for nothing with Tom Brady under center.