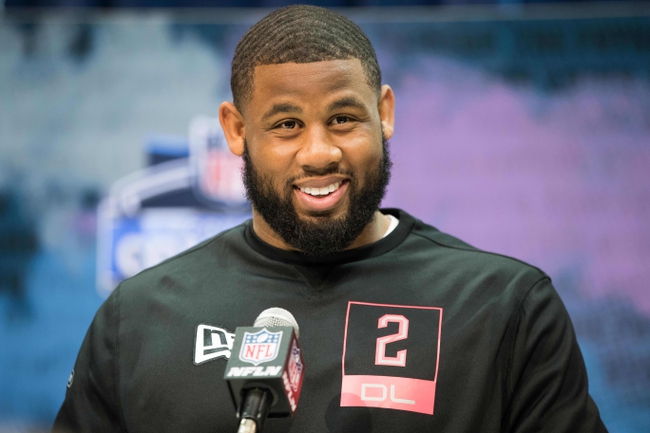 College Career: Blacklock played his college football with the TCU Horned Frogs, and it didn’t take long to make an impact. As a redshirt freshman, he started 14 games racking up 27 tackles, 6.5 for a loss, and two sacks. For his efforts, he was named a freshman All-American and was co-defensive freshman of the year in the Big 12.

During his sophomore year, he tore his Achilles but he bounced back in a big way in 2019. He earned first-team Big 12 honors and a big reason was that he spent a lot of time in the backfield.

Pros: Just looking at Blacklock it’s pretty clear why NFL teams are drooling over his film. He has all the size and the motor to be a difference-maker at the next level. He has plenty of moves to get through the offensive line and into the backfield. Even for being such a big guy, he is fluid, and he doesn’t just have to count on being big to be an impact player.

Cons: It might not be a con, but the Achillies could end up being a concern down the road. There is also some work that Blacklock could do to improve with the running game. At times he struggles to read blocks which gets him pushed back in the run game. He also worked in a four point stance at TCU, and adjusting from that in the NFL could be a challenge.

Projected Teams: Blacklock is projected to be selected in the late end of the first round or early in the second round.

The Kansas City Chiefs need playmakers on defense, and Blacklock is a guy who could be in the rotation right away next season.

The 49ers are also a team that needs cheap defensive help, and if they could get him late in the first round, that would be one of the best options for this team.