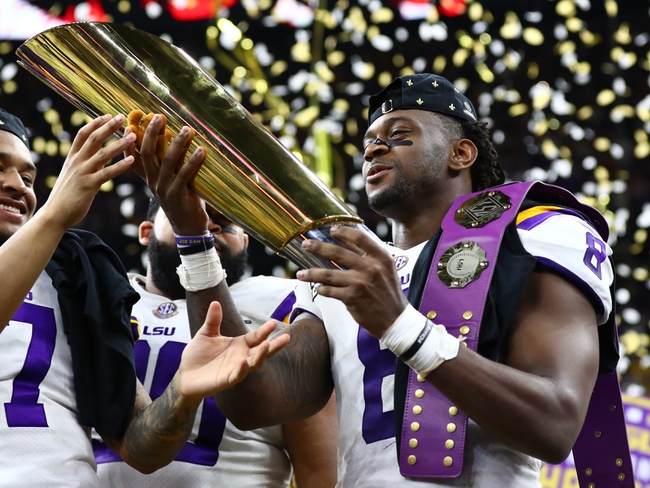 Patrick Queen is one of the highly ranked linebackers coming into this draft. And most believe he will be selected in the first round, or maybe the second if he has a bit of a fall. Coming out of high school, Queen was a four-star recruit, but he was deemed an athlete as some believed he was too small to play linebacker.

College Career: Queen played as a freshman for the LSU Tigers making six tackles in 12 games. As a sophomore, he played a bigger role with LSU finishing with 40 tackles, five tackles for a loss, and one sack.

As a junior, everyone realized just how special of a player Queen was. He entered the season on the watchlist for the Butkus Award and what he did on the field was special.

Queen had a big regular season but he really showed out on the biggest stage. During the National Championship game, Queen was named the defensive MVP after making eight tackles. 2.5 tackles for a loss, and a combined sack.

Pros: Queen has a lot of range for a linebacker, and he has a lot of speed that gets him to the ball quickly. Queen also has proven he can be trusted to drop deep in zone coverage if that is something he is called upon to do. Queen also does a good job of getting off blocks and isn’t afraid to lay out a big hit if he needs to.

Cons: The big con with Queen has to do with his consistency. He only started 16 games with the LSU Tigers, and a lot of that had to do with his inconsistency. At times, Queen also arrives to tackle too high, and that will be a problem at the next level if he continues. Queen also at times has issues with stiff arms.

The Atlanta Falcons also need linebacker help and Queen would make a lot of sense.