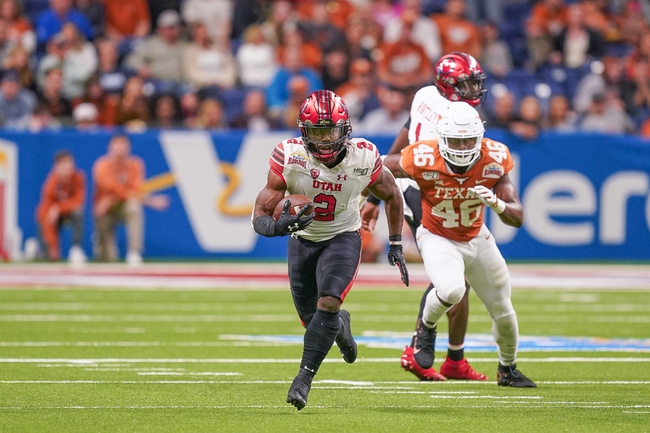 Former Utah Utes running back Zack Moss was a three-star recruit coming out of high school in Hialeah, FL. He was the 150th ranked player coming out of Florida in the class of 2016. Moss is projected to be a mid-round pick.

Pros: Moss isn’t the best running back in this class, but that doesn’t mean he could carve out a nice NFL career for himself. On inside zone plays he has really good vision and feet that help him carve out nice gains. He also has a strong lower body which helps him get through arm tackles.

He is also good in pass protection and a guy that has proven he can catch balls out of the backfield.

Cons: Moss’s biggest issue is getting players to miss in open space. In the NFL he will also have issues making the edge against players faster. Moss also isn’t a guy who has a lot of success getting out of bad situations if he is hit in the background.

Projected Teams: The Los Angeles Chargers need a second running back with Melvin Gordon gone, and Moss would make a whole lot of sense to be the second fiddle to Austin Ekeler. The Miami Dolphins are another team that could use a running back and getting Moss in the middle rounds would make a lot of sense. The Buffalo Bills have Devin Singeltary but they are another team that could be looking for more depth in the backfield. He is a guy who probably won’t be a starter day one, but with a few improvements, he would be a great addition to a lot of teams.