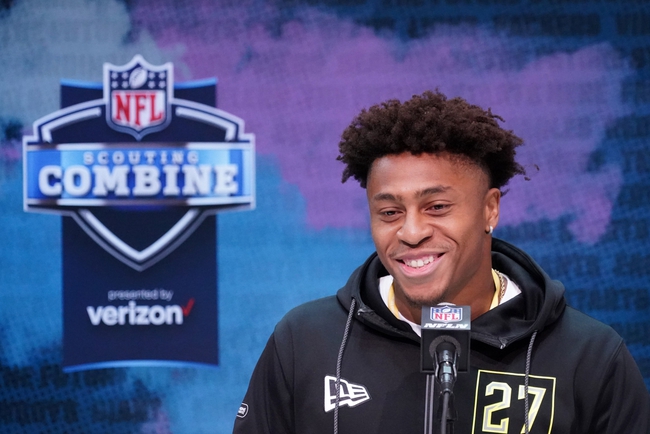 Running Back Jonathan Taylor had a lot of success in college, but there are mixed predictions for how people feel he can adjust to the NFL. Coming out of high school, Taylor was a three-star recruit and was the 24th ranked running back in the class of 2017.

College Career: Jonathan Taylor is one of the best running backs in Wisconsin Badgers history. Taylor finished his college career rushing for 6,174 yards which was second in Badgers history behind Ron Dayne. Each of Taylor’s three seasons he rushed for at least 1977 yards, In 2019, Taylor rushed 320 times for 2003 yards and 21 touchdowns.

Pros: Just a quick look at the stats and film show just how special of a player Taylor has great patience in the backfield and does a good job of waiting for the hole to open to go through it. He is also very strong, which makes it very hard for opposing teams to take him down, especially when he gets in the open field. Taylor also can play a few different styles. He is a guy who can be a big pounding back, but he can also be nimble on his feet and use his speed to get through the hole.

College Career: Taylor is a great option for any team that is looking for a running back, especially if he is available in the second round.

The Miami Dolphins have a boatload of draft picks in the first couple of rounds and chances are one of those will be spent on a draft pick, Taylor makes a lot of sense in that situation.

The Baltimore Ravens are always looking for weapons for their offense, and Taylor would make a lot of sense, maybe even with their first-round pick.