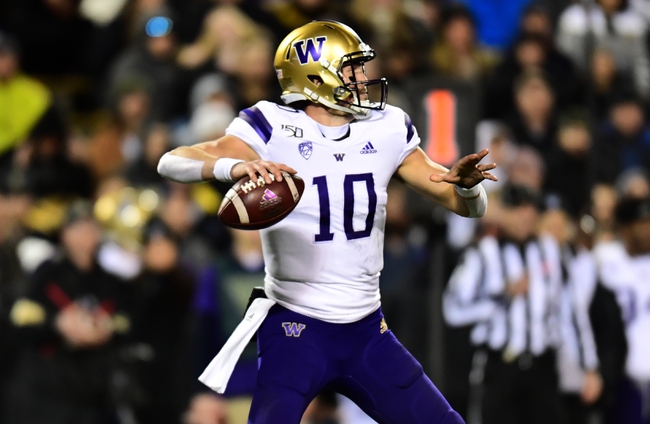 Jacob Eason is a true toss-up in terms of the quarterbacks in this class, with many different “experts” having different opinions about how he will do in the NFL. Eason was a highly touted quarterback coming out of high school ranked as a five-star recruit.

College Career: Eason originally started his career with the Georgia Bulldogs and started 12 games as a freshman throwing for 2,430 yards 16 touchdowns, and eight interceptions.

In the first game of his sophomore season, Eason suffered a knee injury and was replaced by Jake Fromm. Fromm kept the starting job even after Eason had recovered so Eason transferred to play for the Washington Huskies.

Pros: Eason’s biggest strength is his arm strength, and that is something that will translate to the next level.He also knows how big of a weapon is strong arm is, and isn’t afraid to show it off.  Eason also has good pocket awareness and can use his mobility to get out of the pocket if he encounters pressure. Eason is also good at selling the play action and not pulling out of the action too quickly.

Cons: Eason isn’t afraid to take chances because he knows his arm strength, but at times that can get him in trouble as he tries to hard to make the throw. His mechanics also sometimes aren’t the best, but he usually still manages to get the throws off. Eason also needs to work more on his short and intermediate throws if he wants to be good at the next level. At times his accuracy has also let him down.

Projected Teams: Where Eason is going to be drafted is a real mystery, but there are a few teams that make sense.

What the New England Patriots want to do at quarterback is anyone's guess, but they are a team that makes a lot of sense for Eason with Tom Brady gone.

If the Los Angeles Chargers don’t take a quarterback in the first round, and Eason falls, it would also make sense for him to sit behind Tyrod Taylor for a year or two.