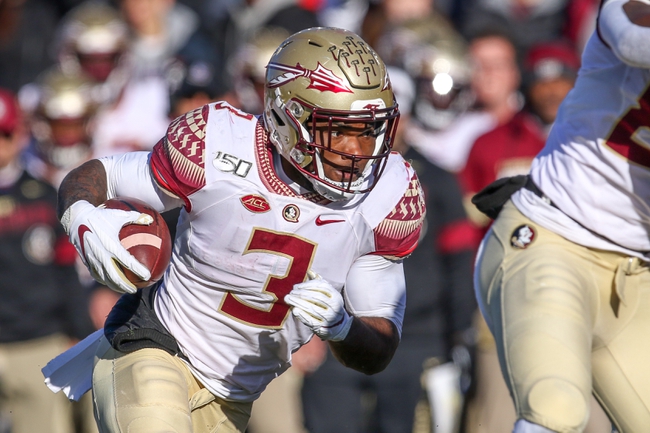 College Career: Akers didn’t play on the best teams at Florida State and that might be why he is being overlooked a little bit coming into this draft. During his first season in 2017, it didn’t take long to show how good he was, pushing 194 times for 1,025 yards and seven touchdowns.

During his second season, the stats took a bit of a dip, but as a junior was his best season. In 11 games, Akers rushed 231 times for 1,114 yards and 14 touchdowns. Akers also caught 30 passes for 225 yards and four touchdowns.

Pros: Akers is a downhill runner that is one of the most athletic running backs in this draft class and that part of his game can’t be questioned. He does a great job of not getting in front of his pads and isn’t afraid to take a little extra contact at the end of a run.He has the speed to get away from defenders.  Akers also is a great asset out of the backfield catching the ball. He does a good job of identifying where a blitz is coming from.

Cons: The biggest knock for Akers is with his production and how some games he has a lot of success, and the next he would disappear. As concerning as that is, there has to be some questions if that was because of the team he played on. Even though Akers can figure out where the blitz is coming from, he isn’t great in pass protection and could limit his snaps in the NFL.

Projected Teams: There are a couple of teams that make the most sense for the Akers. The Tennessee Titans have Derrick Henry but they need a solid backup and Akers would make sense. If Henry does leave the team in the next year or two, Akers could maybe take over as a starter.

The Dolphins are another team that needs a running back and they are a fit for almost any back on the board.