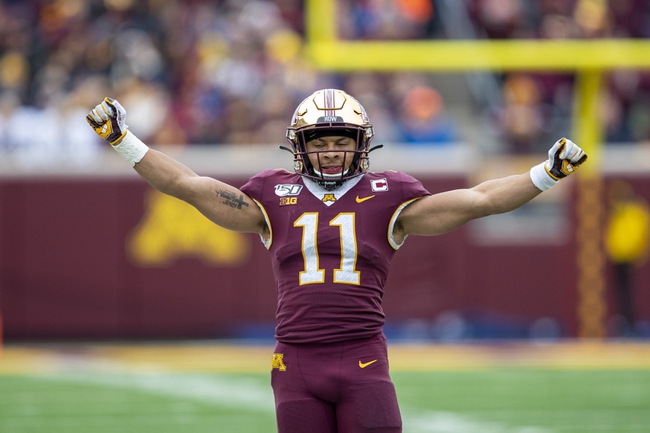 Antoine Winfield Jr. wasn’t talked about a lot going into college, with many only knowing him for being the son of Antoine Winfield, he was a standout NFL star. There are a lot of different projections about what round Winfield Jr. might go in, but he should have a solid NFL career.

College Career: Winfield Jr. dealt with a lot of injuries as a member of the Minnesota Golden Gophers.

As a true freshman back in 2016 Winfield Jr started nine of the 12 games, and it was clear early the Gophers had something special. In 2017 and 2018 Winfield dealt with injuries and had both seasons cut short.

In 2019 was when he became a household national name and for his elite season, he was named a finalist for the Bronko Nagurski Trophy. Winfield was also named a first-team all-American.

Pros: Winfield Jr is a playmaker, and even though he might not always be in the right spot to start he is going to make the play. He is a very athletic player that can play in single-high coverage, and at times has proven he can play in man to man even though he is a safety.

In back to back years against Fresno State, Winfield Jr. won the game with an interception, and the bigger the moment, the better he seems to play.

Cons: There aren’t a whole lot of cons with his game, except maybe the injury concerns. He is fully healthy going into the draft, but having serious injuries in back to back years could weigh on some teams.

Projected Teams: Winfield Jr’s dad played with the Minnesota Vikings, and the current team needs secondary help. Especially if the Vikings decide to trade away Anthony Harris, Winfield should be on the team’s radar.