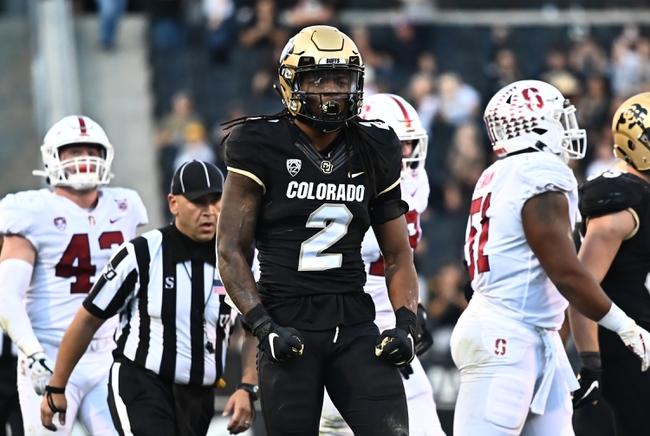 Laviska Shenault Jr. was only a three-star recruit coming out of high school and in the class of 2017, he was the 73rd ranked wide receiver. Shenault know comes into this draft as one of the top wide receivers in this draft.

College Career: Shenault only played three years with the Colorado Buffaloes before declaring for the NFL draft.

As a freshman, Shenault played in seven games but only caught seven passes for 168 yards. As a sophomore, he played in nine games, and the stats were elite catching 86 passes for 1011 yards and six touchdowns.

As a junior he played 11 games but the stats did drop a bit catching 56 passes for 764 yards and four touchdowns.

Pros: Shenault is a big-bodied wide receiver that has done a good job of keeping defenders off of him, and that should continue in the NFL. Shenault is also a player that can be moved around. He sometimes lined up in the backfield with Colorado and can fill any of the wide receivers positions.

He also has explosiveness that can take him into the end zone at any time, and he Shenault should make plenty of big plays at the next level.

On some routes, Shenault also failed to create separation because he didn't run them crip enough.

Shenault also is one of the weaker blockers of some of the top wideouts, and at times he didn’t always give 100 percent effort in that part of his game.

Projected Teams: Shenault played his college ball with Colorado and Denver needs a wide receiver, so it would make a lot of sense for the team to grab someone like Shenault if they have him high on their draft board.

The Green Bay Packers are also a team that could take a wide receiver in the first round and depending on how the draft board falls, Shenault would make sense.