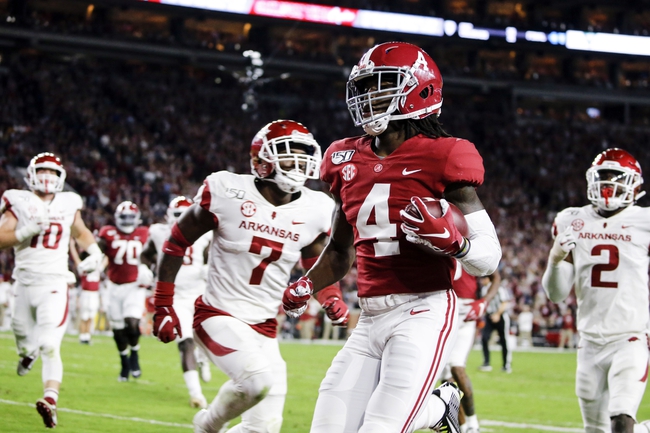 Coming out of college, Jerry Jeudy was a five-star recruit, and now coming into the draft he is considered one of the top quarterback prospects. There are a lot of good wide receiver prospects in this class, but this might be the safest prospect.

College Career: Jeudy only played three seasons with the Alabama Crimson Tide, and only two of those seasons did he play a full season. In 2017 Jeudy only played in eight games catching 14 passes for 264 yards and two touchdowns.

In 2018, Jeudy won the Fred Biletnikoff Award as the nation's best wide receiver after catching 68 passes for 1,315 yards and 14 touchdowns.

In 2019 the stats dipped a little bit but he was still as explosive catching 77 passes for 1,163 yards and 10 touchdowns.

Pros: Jeudy’s game is filled with a lot of pros. Jeudy has elite speed and defenders have a real hard time keeping up with him. He does a great job of setting up routes, especially his vertical cuts.

Jeudy also does a great job of getting off the line of scrimmage with his feet and moves. After the catch he has great speed and can get away from most defenders. Jeudy is also good enough in the blocking game, and that shouldn’t be a weakness in the NFL.

Cons: The one big issue with Jeudy is with drops. Far too often when he is in the open field, he will drop a pass when no one is around. In the NFL he needs to not have those lapses or quarterbacks will lose trust in him very quickly. At times he also has issues working through contact, and will be knocked off far too easily.

Projected Teams: The Washington Redskins need a wide receiver and if they decide to trade back from the second overall pick they would be in perfect position to take Jeudy and give Dwayne Haskins another target.

The Miami Dolphins also own a boatload of draft picks in the first couple of rounds and they need more offensive playmakers. Putting Jeudy with a new quarterback that they drafted could be a game-changer for the Dolphins franchise.