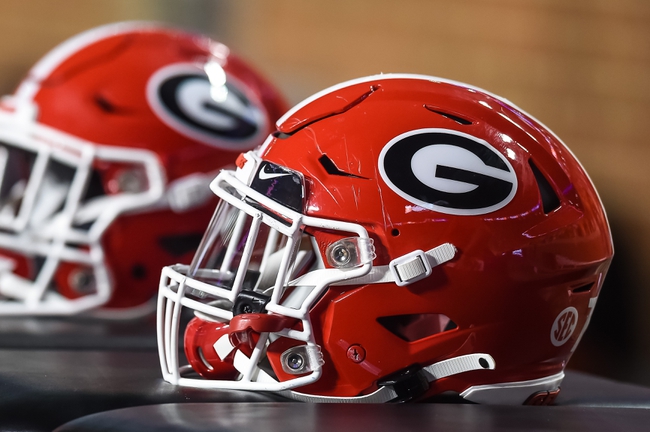 D’Andre Swift was a highly touted running back after playing his high school football at Saint Joseph's Preparatory School in Philadelphia, Pennsylvania. He has made it clear at the next level he plans on being a number one back.

College Career: With the Georgia Bulldogs he has always been one of a few backs but he has still found a lot of success. As a freshman, Swift was behind Nick Chubb and Sony Michel but he still managed 597 yards and three touchdowns.

As a sophomore, he split times with Elijah Holyfield,but still managed 1,049 yards and 10 touchdowns. In 2019, Swift had his best season rushing putting up 1,216 yards.

Pros: Swift is a great player running the ball and catching the ball out of the backfield. Every time Swift touches the ball he has a chance to go to the end zone, and at the next level, he should have a long highlight reel. He runs downhill with power and is always falling forward for an extra yard or two. In the open field, Swift is really good at getting out of the backfield and winning 1-on-1 battles in open space. HIs hands are also really good for a running back.

Cons: With Swifts running and passing there aren’t many cons, but the only real concern has to do with his durability. He is a hard runner and sometimes that type of running style can breakdown in the NFL and injuries are always a concern. He needs to make sure he is doing everything in his power to take care of his body, even if that means not laying the big hit on a defender.

Projected Teams: The Miami Dolphins have a boatload of draft picks in this draft and after trading Kenyan Drake last season, to the Arizona Cardinals they need a true number one running back. Depending on if the Dolphins take a quarterback, and then if they drafted Swift, their offense could look a whole lot different next season.