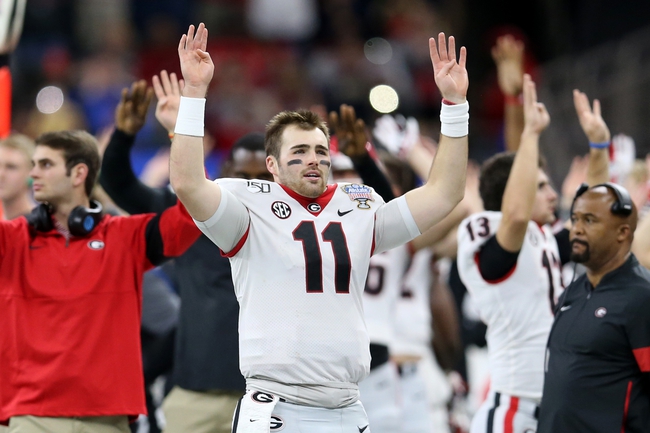 Jake Fromm was highly touted coming into college, and after a sold college career he seems like a true wild card in the draft. He isn’t talked about one of the best quarterbacks in this class, but could he turn out to be the best?

College Career: Fromm was the starting quarterback for three seasons for the Georgia Bulldogs and he led them to a lot of success. In each of the three seasons he threw at least 24 touchdowns, and never more than seven interceptions.

His best season was in 2018 when Fromm threw for 2,749 yards, 30 touchdowns and six interceptions.

Pros: Fromm is a smart quarterback and that part of the game should be very easy for him to adjust to at the next level. Fromm does a good job of working through his progressions and usually can anticipate where the defense will be depending on coverages. He also knows when to take the shots down the field that can lead to big gains. He also has a lot of experience playing in big games and the moment shouldn’t be too big for him.

Cons:There are some physical concerns with Fromm that could limit him in the NFL. He is a pocket passer and he doesn’t have the strongest arm strength. It was good enough in college, but something that could be an issue at the next level. There are ways that Fromm could get more zip on his passes, but he hasn’t implemented that into his game yet. It’s hard to imagine these are things he can really improve on which might make his ceiling lower than other quarterbacks in the draft.

Projected Teams: The Tampa Bay Buccaneers are a team that makes a lot of sense in the middle rounds. Sit him behind Tom Brady for a year or two to decide if he is the answer, and if he isn’t, they could find a different quarterback once Brady hangs it up.

Jon Gruden also loves his quarterbacks and maybe he feels like he should take a flyer on Fromm. The Las Vegas Raiders might be what it takes to bring his game to the next level.

The pick in this article is the opinion of the writer, not a PickDawgz site consensus.
Previous Pick
Minnesota Vikings 2020 Win Total- NFL Picks and Predictions
Next Pick
Thaddeus Moss 2020 NFL Draft Profile, Pros, Cons, and Projected Teams