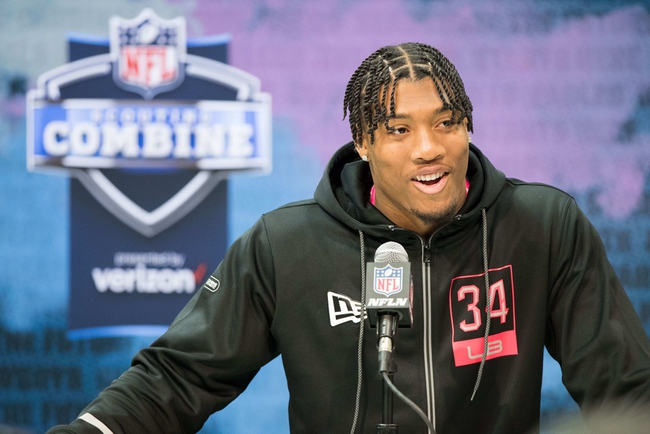 Isaiah Simmons is the best linebacker in this draft class and he shouldn’t last very long on the board once the draft starts. He might be the safest player in the draft, and who knows, maybe he could be a Hall of Famer.

College Career: Simmons played three years with the Clemson Tigers, and was the most important player on the defense. As a redshirt freshman Simmons made 45 tackles with three tackles for a loss. In 2018, Simmons really had his breakout season, in 2018 where he had 89 tackles and six pass breakups. After his redshirt Sophomore season, he could have entered the draft but went back for one more season.

During the 2019 Simmons had three interceptions, seven sacks, and 104 tackles.

Pros: The pros far outweigh the cons for Simmons and this list could be a couple of pages long. Simmons has the length and range that should really help him against tight ends. Simmons can also bounce around and play almost any of the back seven positions, and he isn’t really better at any of the spots. Simmons is also really good at blitzing the passer and should rack up the sacks at the next level. Simmons also has a high motor that never quits until a play is over.

Cons: It’s really hard to find any cons in Simmons game, and this is just nitpicking at things that can be better. At times Simmons does have issues against the run, and that is something he can improve at in the NFL. He could also get a little stronger to help make him even better as he adjusts to the next level.

Projected Teams: Dominant linebackers are a game-changer in the NFL, and he would be an upgrade on most teams.

The New York Giants have the 4th overall pick, and if they pass up on him, they are making a big mistake. The Giants offense is improving, but the defense has still left some to be desired, and he would be a great building piece.

If the Giants were to pass on him, replacing Luke Kuechly with Simmons would be best-case scenario for the Panthers.

The pick in this article is the opinion of the writer, not a PickDawgz site consensus.
Previous Pick
Jake Fromm 2020 NFL Draft Profile, Pros, Cons, and Projected Teams
Next Pick
FCS Draft Prospects for the 2020 NFL Draft