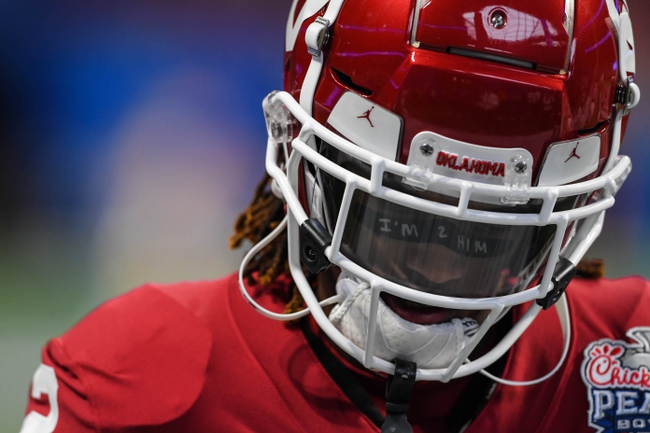 CeeDee Lamb played high school football in Texas and was a four-star recruit when he committed to playing with the Oklahoma Sooners. Lamb is an explosive wide reciever who should be one of the first wide receivers off the board.

College Career: It didn’t take long at Oklahoma for Lamb to get comfortable and become an impact player, As a freshman Lamb played in 13 games catching 46 passes for 807 yards and seven touchdowns.

His second season the production only went up catching 65 passes for 1,158 yards and 11 touchdowns.

This last season, Lamb actually had fewer catches but every other stat was up putting up 1327 yards and 14 touchdowns.

Pros: Lamb is an elite athlete who is exceptional when going up to get the football. Lamb does a great job going up and getting in the right position to make sure he can win jump balls, even against taller defenders. He does a great job while running his route keeping defenders off balance with his quick change of pace. After the catch, he is hard to tackle because of his speed and strength. In the run game he is also an asset and he doesn’t mind doing it.

Cons: He does a good job of changing his speed during routes, but the rest of the route running could use some more fine-tuning. Once he gets to the NFL there have to be questions about how he will adjust to playing against defenders in the Big 12. Even though there are a few cons, he should be a great NFL wideout.

Projected Teams: The Arizona Cardinals just traded for DeAndre Hopkins but Lamb could still make sense for them. Number eight overall might be too early, but if they trade back and reunite him with Kyler Murray, what a combination that would be. Lamb could be just what the offense needs to get them over the edge and back into the playoffs.

Denver Broncos could also be looking to take a quarterback in the first round, and Lamb’s ability to stretch the field would be a great asset for Drew Lock.

The pick in this article is the opinion of the writer, not a PickDawgz site consensus.
Previous Pick
FCS Draft Prospects for the 2020 NFL Draft
Next Pick
D’Andre Swift 2020 NFL Draft Profile, Pros, Cons, and Projected Teams