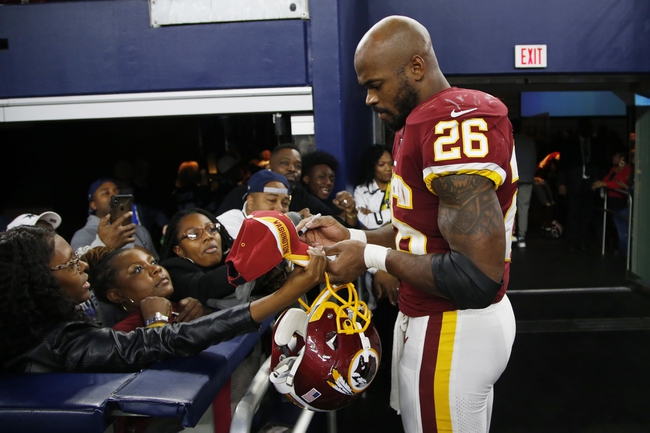 The Washington Redskins will be looking to improve off of their disappointing 2019 campaign.  The Redskins finished in the cellar of the NFC East, with a record of (3-13). The Redskins currently have the number 2 pick in the draft and could go a couple routes, as the Redskins are in need of playmakers.  Let us take a look on who the Redskins will have returning for the 2020 season.

The Redskins used Case Keenum and Dwayne Haskins Jr last year.  Haskins passed for 1,3965 yards, while throwing 7 touchdowns and 7 interceptions.  Haskins completed less than 59 percent of passes for the season. Derrius Guice and Adrian Peterson are both expecting to see time in the backfield for the 2020 season.  Guice rushed for 245 yards on 42 attempts, while crossing the goal line twice. Peterson saw the bulk of the workload, rushing for 898 yards and 5 touchdowns. Wideout Terry McLaurin hauled in 58 receptions for 919 yards and 7 touchdowns.  Washington ranked dead last in the league in points scored per contest, averaging 16.6 per game.

The Redskins did not score many points on offense and their defense wasn’t much better.  Washington allowed an average of 27.2 points per game, which ranked 27th in the league. The Redskins as a team collected 46 sacks and 13 interceptions.  Washington was led in sacks by their defensive tackle Matt Ioannidis with 8. Montez Sweat added 7 sacks out of the linebacker spot. In the secondary, the defense was guided by Fabian Moreau.  Moreau defended 5 passes, while picking off opposing quarterbacks 3 times.