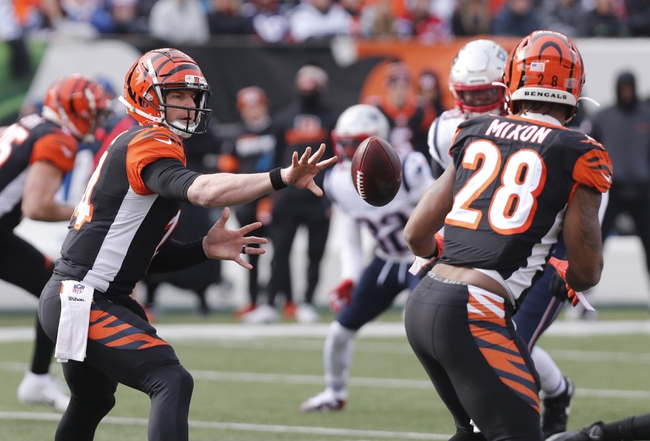 It is almost a slam dunk that the Bengals are drafting Joe Burrow with the 1st pick.  If the Bengals don’t draft Burrow, there should be multiple penalty flags thrown on that play call.  The Bengals were led last season by Andy Dalton who passed for 3,494 yards, tossing 16 touchdowns and 14 interceptions.  Running back Joe Mixon will be looking to build off of last season. Mixon played well down the stretch and because of that, he finished with 1,137 yards rushing and 5 touchdowns. Tyler Boyd had his best year in the league during his first 4 years.  Boyd went over the 1,000 yard mark for the 2nd time in as many seasons, totaling 1,046 yards on 90 receptions and 5 touchdowns. Cincinnati had one of the worst offenses, averaging just 17.4 points per contest, which ranked 30th in the league.

The Bengals defense struggled to keep opponents off the board, allowing teams to score 26.3 points on average per contest, which ranked 25th in the league.  The Bengals collected just 31 sacks on the season, while intercepting opposing teams 11 times. Safety Shawn Williams returns, after leading the Bengals in tackles with 114 last season.  Defensive end Carlos Dunlap had 9 sacks, which led the team. Sam Hubbard added 8.5 sacks. The Bengals will need to get more pressure from their linebackers and secondary personnel, as the defensive line had 27 of the 31 sacks. Jessie Bates III contributed 3 interceptions.

The Bengals should have no problem improving next season, if the organization drafts Joe Burrow.  The defense has to be better, which will be better if the offense cuts down on their turnovers. The win total projection is 5, the Bengals don’t exactly have a blistering schedule.  However, I don’t want to jump the gun on this franchise, especially after seeing what the defense did last season. The Bengals would have to increase their win total by 4 to cover, I’m going to take the under here, as a push seems like the best possibility.