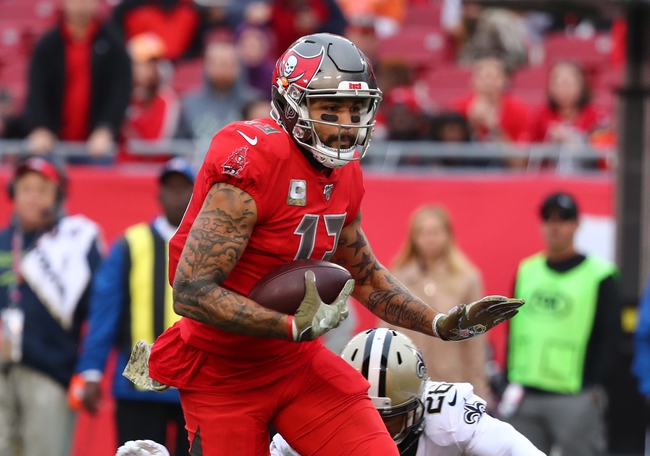 The Tampa Bay Buccaneers have had one of the most impressive off seasons to this point.  The Buccaneers are trying to improve off their (7-9) record from the 2019 season. This should be very doable, as Tampa Bay will have been guided on offense by a different quarterback. Let us take a look and see who the Buccaneers will be looking to, to guide this Tampa Bay team. Get NFL Predictions and Picks for Every NFL game at Pick Dawgz.

Tom Brady surprised people this off season, by signing with Tampa Bay.  The longtime New England Patriot, will be looking to find success with the talent on the Tampa Bay offense.  Even though the Buccaneers had a worse record than the Patriots last year, the Buccaneers have better playmakers on the offensive side of the ball.  Last year Brady passed for 4,057 yards, while throwing 24 touchdowns and 8 interceptions. The star quarterback will have the likes of Mike Evans and Chris Godwin to throw to.  Evans registered 1,157 yards receiving on 67 receptions, while collecting 8 touchdowns. Godwin recorded 86 receptions, which led to 1,333 yards, and 9 touchdowns.

Tampa Bay averaged 28.6 points per contest under Bruce Arians and Byron Leftwich, but turned the ball over way too much.  Look for the Buccaneers to cut down on the turnovers this season.

Last season the defense totaled 47 sacks and 12 interceptions.  However, the defense as a whole was abysmal. The Buccaneers allowed an average of 28.1 points per contest, which ranked 29th in the league.  Tampa Bay was led on defense by linebacker Shaquil Barrett. Barret had a monster of a season, recording 19.5 sacks, while forcing 6 fumbles. Lavonte David returns after leading the Buccaneers in tackles with 123.

The Buccaneers should easily improve from last season, as Brady does a better job of protecting the football than Jameis Winston. Winston threw 30 interceptions last season. Tom Brady has 2 good weapons at the wideout position.  Brady struggled with playmakers last year in New England. I look for the defense to improve as well, as last year the defense was backed up time and time again, due to the offensive turnovers. Both the offense and defense should improve.  The running game isn’t great, but it’s manageable. I also think the Buccaneers could take a running back in the first round. The Buccaneers had 7 wins last season and I think Tampa Bay improves to give teams a scare in the NFC South. I’m going to take the over here, as I think Tampa Bay has a real chance to be at least 3 wins better than last season.