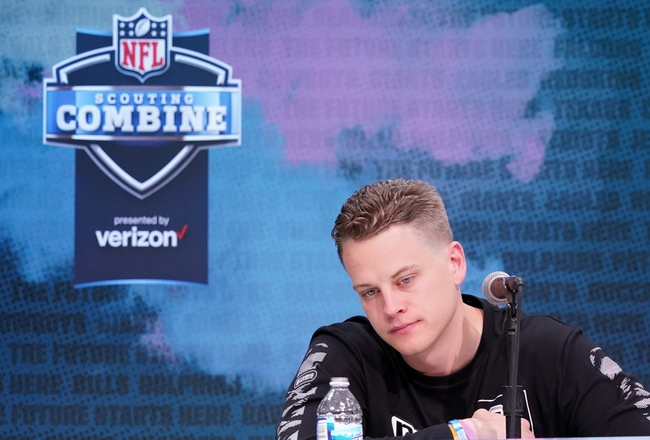 Joe Burrow had an unbelievable season with LSU and the quarterbacks shattered multiple records during the 2019 season.  Burrow will be a top 5 pick and will more than likely be taken with the number 1 overall pick. Let us take a look at his college career, strengths, weaknesses, and possible fits.

College Career: Joe Burrow had a great year for the LSU Tigers, passing for 5,671 yards, while having an incredible touchdown to interception ratio of 60 to 6.  Burrow completed 402 passes for a 76.3 percent completion percentage. The quarterback totaled 8,852 passing yards and 78 passing touchdowns in his career between LSU and Ohio State, with 76 touchdowns coming at LSU. The future 2020 draft pick also added 13 rushing touchdowns in his career. He was the Heisman winner for the 2019 season, beating out Jalen Hurts from Oklahoma and Justin Fields from Ohio State.

Strengths: His arm strength wasn’t amazing, but his pocket presence was on another level from other quarterbacks during the 2019 campaign.  Burrow showed great poise in the pocket and was able to hit his targets at an absurd 78.6 percent. The LSU product showed the ability to tuck it and run when needed as well.  The quarterback was sacked 34 times on the year, but the hits did not stop him from standing in there as long as possible to thread the needle to a wideout, before being drilled.

Weaknesses: While the quarterback had a great 2019 season, Burrow has not done this in back to back seasons.  He didn’t have a lot of home run balls, as his arm strength needs some work, but regardless any team would like to have him.

Possible Fits: The Cincinnati Bengals have the number 1 overall pick and are in need of a shakeup at the quarterback position. Burrow who is from Ohio, would be a great pick for the Bengals.  Places like hometown quarterbacks and he is familiar with the area and could even help attendance with him as the offensive leader. The Dolphins need a quarterback as well, as the Dolphins have the number 5 pick.  However, it would be shocking to see Burrow fall to number 5. Cincinnati seems like the best fit and it would be shocking to see the Bengals not draft Burrow. The LSU standout has the makings of being a franchise quarterback and can help put Cincinnati back on the map, and get them back to relevance.