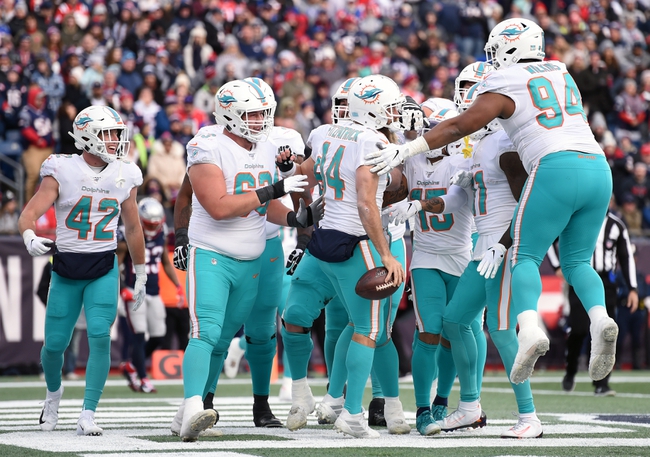 The Miami Dolphins were in complete rebuilding process last season and are hoping some of the trades and their early draft pick in this year's 2020 NFL Draft will start to pay off.  The Dolphins finished (5-11), but finished the season on a two game win streak. Let us take a look and see who the Dolphins will be looking at to contribute this season. Get NFL Predictions and Picks for Every NFL game at Pick Dawgz.

The Dolphins have Ryan Fitzpatrick at quarterback, but it is very possible the Dolphins take a quarterback with their number 5 overall pick.  Fitzpatrick passed for 3,529 yards, tossing 20 touchdowns and 13 interceptions. The Dolphins did acquire Jordan Howard and is expected to get the majority of the playing time in the backfield.  Howard rushed for 525 yards and 6 touchdowns in 10 games for the Eagles last year. DeVante Parker had an impressive season last year, which was by far a career year. Parker hauled in 72 receptions for 1,202 yards and 9 touchdowns.

As a team, the Dolphins had 23 sacks and 13 interceptions.  The Dolphins allowed an average of 30.9 points per contest, which was dead last in the league.  Jerome Baker returns, the linebacker led the team in tackles last season with 126. Taco Charlton collected 5 sacks, which was the team lead.  Nik Needham returns for Miami at cornerback, after finishing the 2019 season with 3 interceptions, while having 11 passes defended. Vince Biegel had 6 tackles for a loss, to go along with 2.5 sacks.