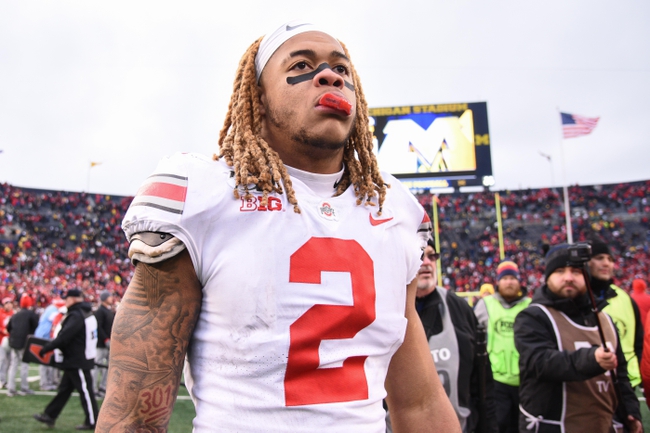 Chase Young will be a for sure 1st round pick and is expected to go in the top five of the 2020 NFL Draft.  Young has shown a lot of strengths over his 3 year career at Ohio State. He has the ability to change the complete aspect of a franchise’s defense. Let us take a look at his college career, strengths , and possible fits.

College Career: Young had a monster of a career for the Ohio State Buckeyes, especially during the last 2 seasons.  The defensive end collected 30.5 sacks across a 3 year career. Young saw the majority of these sacks come during the 2019 year, where the defensive end recorded 16.5 sacks.  The Ohio State standout forced 8 fumbles during his career, while registering 98 total tackles through the 3 years. The Buckeye defensive end finished fourth in the Heisman voting for the 2019 campaign.  Young led the nation with his 16.5 sacks for the 2019 season.

Strengths: The defensive end showed great strength with his quickness.  Young displayed great quickness on being able to blow past opposing teams' offensive lines.  His pass rushing skill set will no doubt help any NFL team and could easily help some of the lower tier teams from this past season and be able to go in right away and start.  His quickness and physicality should be a good match for what could be a good NFL career. Chase Young should be able to follow in the Bosa brothers footsteps.

Possible Fits: Detroit Lions, Washington Redskins, New York Giants, and Miami Dolphins all draft in the top 5, and all four teams struggled on defense this past season.  The Lions have fire power on offense, but struggled with their offensive line and on defense this past year. The Lions had a defensive efficiency ranking of 29th. The Lions registered just 28 sacks on the season.  The Redskins were 27th in defensive efficiency. Washington totaled 46 sacks, but struggled to turn opposing teams over. The Dolphins were even worse than the Lions, as the Dolphins recorded just 23 sacks on the year.  The Dolphins only forced 9 fumbles on the season. The Dolphins struggled in both aspects that Young had on display during his senior year at Ohio State.

The New York Giants struggled in overall defense, finishing the year 28th in defensive efficiency ranking.  However, the Giants recorded 36 sacks on the season. The Giants don’t need a quarterback, so this could be a fit.  However, the Giants had better strength than the Lions and Dolphins in the pass rush. Let’s be clear, all 32 teams would love to have Young on their team, but Young should not fall out of the top 5.  I think the Dolphins are a better fit, as Miami has been in a complete rebuild, but I don’t see Young falling to number 5. If a quarterback is available, it would not be surprising to see Miami draft a top tier quarterback.  Washington needs more help in the secondary, a defensive back pick could be key. Therefore, I think a Detroit fit is appropriate with the number 3 pick. Young can come in and make a difference right away for a struggling defense.

The pick in this article is the opinion of the writer, not a PickDawgz site consensus.
Previous Pick
Kansas City Chiefs 2020 Win Total- NFL Picks and Predictions
Next Pick
J.K. Dobbins 2020 NFL Draft Profile, Strengths, and Possible Fits