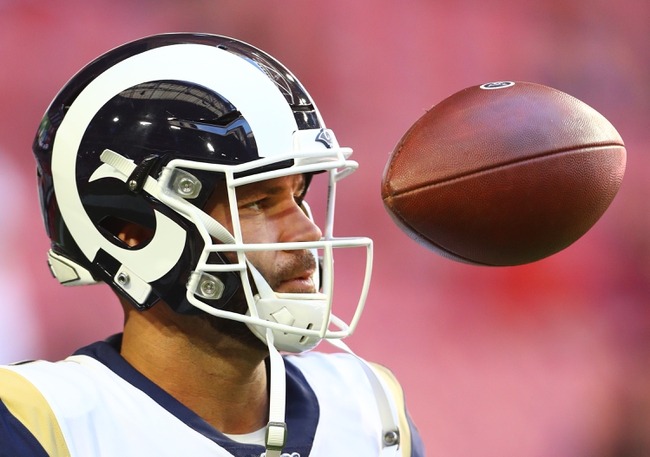 The 2019 Los Angeles Rams were one of the biggest disappointments of the season, as this was a team that made it to the Super Bowl in 2018 but could not even make the postseason a year after. In 2020, things are a little murky, as the defense took a hit with many losses, and the confidence levels for many of the leading guys could be a little off. Get NFL Predictions and Picks for Every NFL game at Pick Dawgz.

Offense: The biggest offseason news that deals with the Rams offense has to be the releasing of one-time star running back, Todd Gurley. Gurley did not have his best season in 2019, as he dealt with controlling injuries for most of the season. It looks like Malcolm Brown will be the starting running back for LA as of now, which is not too impressive, to say the least. Brown showed some bright signs here and there in 2019, but is he ready to be a starting back? We will have to see. The Wide Receiving core looks great again for LA, with Cooper Kupp, Brandin Cooks, and Robert Woods all coming back for 2020. Jared Goff and his offensive line will be the biggest questions on offense for the Rams, as both sides did not play well a season ago. If Goff can produce numbers similar to those in 2018, this team's offense will be more than fine.

Defense: The Rams safety Eric Weddle announced his retirement at the end of the 2019 season. Clay Mattews remains a free agent, as it does not look like he will reach a deal with the Rams. Both of these moves are not good news for an already weak defense, which was a surprise in itself. No one is really sure as to why Wade Phillips' defense struggled so badly in 2019, after a fantastic season in 2018. Phillps was let go by LA after this past season, and the Rams hired Brandon Staley to take over as defensive coordinator in 2020. I think this team needs to make a few moves here and there, but with the current talent level, they are not too far away from returning to their previous form.

Overview: The Rams have big expectations in 2020, according to the Vegas lines having them at 9 wins. I do not see this team winning that many games, as there are too many holes in the roster for my liking. I will take the under 9 wins for the LA Rams in 2020.