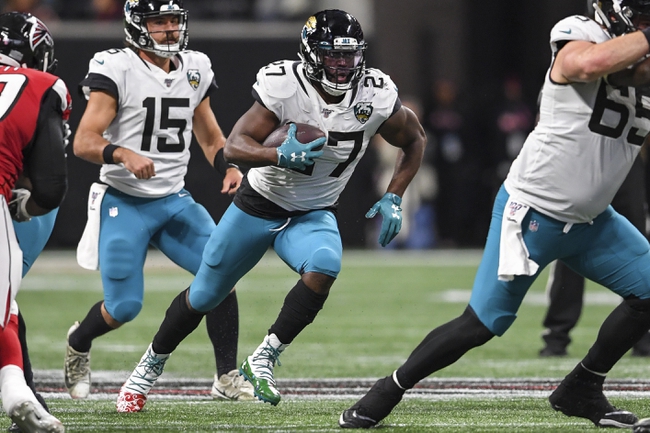 The Jacksonville Jaguars struggled a season ago, finishing last in the AFC South with a record of (6-10).  Jacksonville, who has had one of the better defenses over the last 5 years, did not see that success last season.  The Jaguars defense was torched last year, allowing 397 points on the year. A 5 game losing streak in the middle of the season last year, hurt Jacksonville’s chances of moving up the standings. Get NFL Predictions and Picks for Every NFL game at Pick Dawgz.

The Jaguars will be looking at quarterback Gardner Minshew II to build off of a rookie season.  The Washington State product passed for 3,271 yards, while throwing 21 touchdowns and just 6 interceptions.  Minshew will need to do a better job on getting rid of the football quicker, as the quarterback was sacked 33 times.  Yes, the offensive line will need to be better in making sure Minshew has time to survey the field. Leonard Fournette rushed for over 1,000 yards, totaling 1,152.  However, the running back only recorded 3 rushing touchdowns. Fournette averaged just 4.3 yards per carry last year.

DJ Clark Jr. collected 1,008 yards receiving, while adding 8 touchdowns.  Dede Westbrook added 66 receptions, while collecting 660 yards and 3 touchdowns a year ago.  This was an offense that averaged just 18.8 points per contest last season.

Josh Allen burst onto the scene as a rookie last year, after living up to the calling as the 7th overall pick.  Allen registered 10.5 sacks and forced 2 fumbles as a rookie. Jarrod Wilson totaled 79 tackles, which led the Jaguars.  Tre Herndon added 3 interceptions for the secondary. The team recorded 47 sacks for the year, but added just 10 interceptions.  The defense as a whole allowed 24.8 points per contest.

The team as a whole struggled in more than one aspect a season ago.  Jacksonville finished just 1 game behind the Colts, but Indianapolis got better.  The Jaguars will need a lot to go right this season, if Jacksonville wants to get out of the mediocrity from last year.  Jacksonville struggled on the offensive line last season. The offensive line was part of the problem that allowed Minshew to get sacked 33 times.  Fournette struggled to get the ball moving, due to the line not creating enough holes for him to run through. The former LSU running back averaged just 4.3 yards per carry.  The 4.3 yards per carry ranked 28th in the league. The Jaguars do not have an easy schedule and seeing how bad the defense was last year, I’m taking the under on this win total, as I am not confident in the offensive line to do enough to help elevate this offense.  At best this win total could be a push.