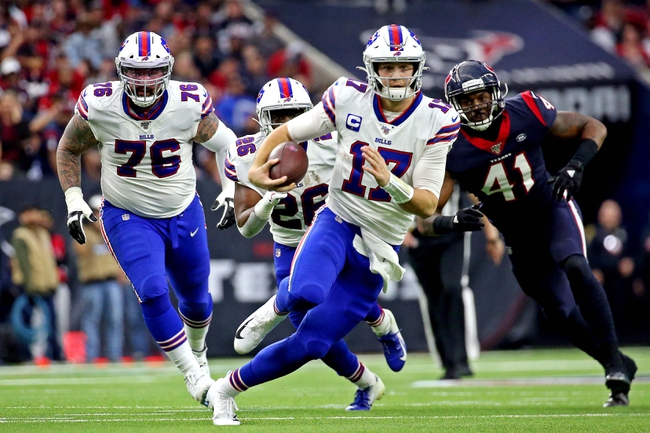 The Buffalo Bills were one of the surprise teams of the 2019 season, the upstate New Yorkers were able to win 10 games and make it to the AFC Playoffs. The Bills lost a nail-biter to the Texans in OT in the Wild Card round. 2020 looks up in the air for this Bills team, who did lose quite a bit in the offseason. Get NFL Predictions and Picks for Every NFL game at Pick Dawgz.

Offense: Offense was not the bright spot for the Buffalo Bills in 2019, as the team was near the bottom of the league in scoring. Josh Allen had a promising season, as even though he did not blow anyone away, he proved he compete in the league. RB Frank Gore is still a free agent, as it does not look like Buffalo will resign the veteran and future Hall of Famer. The Bills look weak at both the RB and WR skilled positions, however they were able to bring in WR Stefon Diggs, who be the number one target for Josh Allen in 2020. Diggs' route-running skills make him elusive and dangerous on almost every play. Just when you think he is covered, he beats you for a 50-yard TD score.

Defense: The Bills defense was the main reason Buffalo had so much success during the regular season. 2nd to only their division-rival Patriots in total defense, the Bills D was capable of taking on any team in 2019. Buffalo will have to deal with the losses of three key players on the defensive side of the ball in Defensive Tackle Jordan Phillips, Cornerback Kevin Johnson, and Defensive End Shaq Lawson. Lawson and Phillips were huge pieces for this team, and their presence will certainly be missed in 2020. The Bills were able to add Cornerback Josh Norman to the team, but his game has taken a hit considerably recently.