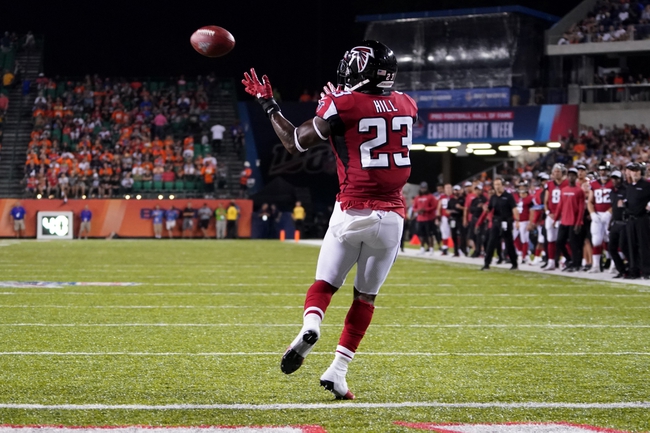 The Atlanta Falcons in 2019 were a weird team to say the less. At times, they looked abysmal on both sides of the ball, but more specifically on defense. However, at other times, they looked like a real contender, or at least more competitive. I think the latter is what is more likely to show up in Atlanta in 2020, as this looks to be a bounce-back year for the birds. Get NFL Predictions and Picks for Every NFL game at Pick Dawgz.

Offense: The Falcons on offense in 2019 were productive for the most part, but at times they struggled. The injury to QB Matt Ryan certainly did not help the team finding their groove offensively, but luckily he only missed a single game. Ryan definitely did not have the best season of his career, but he was able to produce solid numbers, especially for a QB of his age. The Falcons also basically swapped starting running backs, as they released Devonta Freeman and signed Todd Gurley off of waivers. The offense should be able to compete at high levels in 2020, as the weapons at skill positions are certainly there for Atlanta.

Defense: The beat-up Falcons defense struggled many times throughout the 2019 season. The addition of Dante Fowler Jr is a great one for this Falcons team, who could use a powerful and reliable defensive end/linebacker on their roster. The Falcons were not necessarily bad statistics-wise through the passing or rushing defense game but managed to give up points in bad situations often. These issues could be nothing more than flukes, but could also mean that the Falcons did not have the best defensive coaching in 2019. The signing of former Tampa Bay Bucs head coach, Raheem Morris, as defensive coordinator could be exactly what the Falcons needed to right the ship defensively. Morris has a ton of experience on the defensive side of the ball, and Atlanta should be able to reap those benefits.

Overview: I am a firm believer that the 2019 Atlanta Falcons were much better than what their 7-9 record may have shown. This team can pack a punch on both sides of the ball now, so I think they will be able to get to at least 8-8 in 2020, but perhaps even make a run in the NFC South. I will take the over 7.5 wins for the Atlanta Falcons.