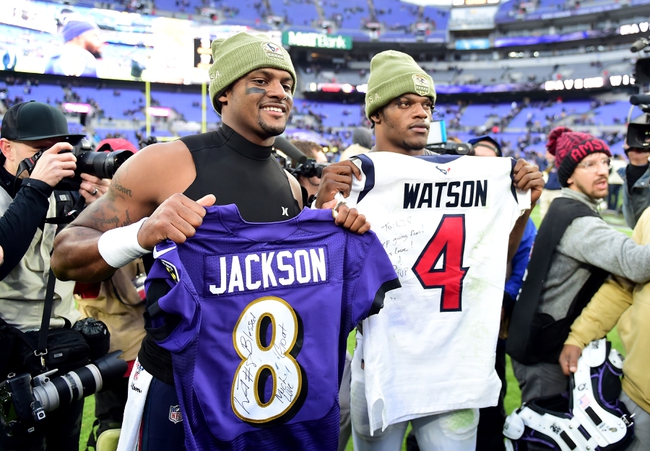 Where to Watch: ESPN, ABC Stream live sports and exclusive originals on ESPN+. Sign up now!

The NFC and AFC meet Sunday in the 2020 NFL Pro Bowl at Camping World Stadium.

The NFC will be led by coach Pete Carroll and will feature quarterbacks Russell Wilson, Drew Brees and Aaron Rodgers. The skill position players include running back Dalvin Cook, Ezekiel Elliott as well as wide receivers Julio Jones and Michael Thomas. Defensively, the NFC will include defensive lineman Aaron Donald, linebacker Khalil Mack and cornerback Marshon Lattimore. The NFC has a very experienced roster with great depth and possibly the best four running backs in the league on the same roster. However, the NFC will miss a lot of its starters due to the San Francisco 49ers making the Super Bowl, and that includes fullback Kyle Juszczyk, tight end George Kittle, defensive end Nick Bosa and cornerback Richard Sherman.

The AFC will be led by coach John Harbaugh and will feature quarterbacks Lamar Jackson and DeShaun Watson, and they’ll have to find a replacement for Patrick Mahomes. The skill position players include running backs Nick Chubb and Derrick Henry as well as wide receivers Keenan Allen and Jarvis Landry. Defensively, the AFC has defensive tackle Cameron Heyward, linebacker Von Miller and cornerback Stephon Gilmore. The AFC takes a hit at quarterback, but this team is loaded in the secondary and should be able to come away with a few big plays on the defensive side. On top of Mahomes not eligible to play due to the Kansas City Chiefs making the Super Bowl, the AFC will be without tight end Travis Kelce, wide receiver Tyreek Hill, defensive end Frank Clark and defensive tackle Chris Jones.

The AFC has won each of the last three meetings since they went back to the conference format and four of the last five meetings overall in this format. I guess history is good enough to make the AFC the favorites, but the NFC is loaded at the quarterback and running back spots, and that was good enough for me to think that side would be laying the points. No matter what you think of the rosters, both of these teams feature the best players in the game and this is an exhibition at the end of the day where the goal is to have fun and make it out healthy. I don't bet these meaningless games personally, but if I was, I always want the free points. These are coin flip exhibition games where winning isn't the top priority and guys often make an excuse to not even show up. I want the points in my pocket if forced to pick this game.

Get Premium Picks Start Winning Now »
The pick in this article is the opinion of the writer, not a PickDawgz site consensus.
Previous Pick
Tennessee Titans: 2020 NFL Draft Needs
Next Pick
Kansas City Chiefs vs. San Francisco 49ers - 2/2/20 NFL Pick, Odds, and Prediction