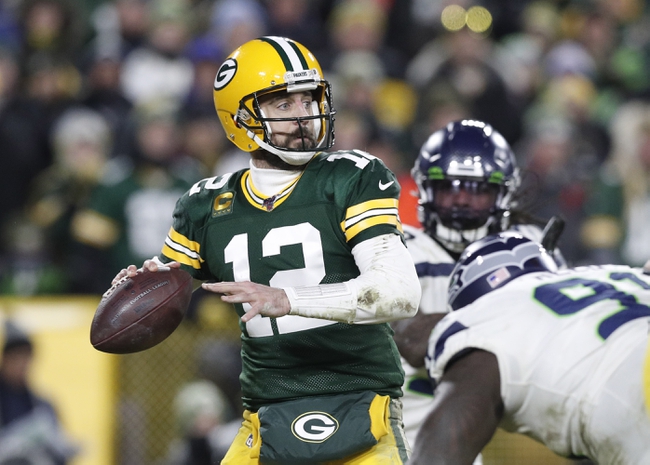 The Green Bay Packers and the San Francisco 49ers meet in the NFC championship game in NFL action from Levi’s Stadium on Sunday evening.

The Green Bay Packers come into this game looking to make their first Super Bowl appearance since 2010 after a 28-23 win over Seattle last time out. Aaron Rodgers threw for 243 yards and 2 touchdowns on 16 of 27 passing while Aaron Jones led the Packers with 62 rushing yards and a pair of touchdowns on 21 carries. Davante Adams led the Packers’ receiving group with 8 catches for 160 yards and both of Green Bay’s receiving touchdowns while Jimmy Graham added 3 grabs for 49 yards. Defensively, Blake Martinez led the Pack with 10 total tackles while Preston Smith and Za’Darius Smith each had a pair of sacks. As a team, Green Bay is averaging 345.5 yards of total offense and 23.5 points per game while allowing 352.6 yards of total defense and 19.6 points per game against this season. 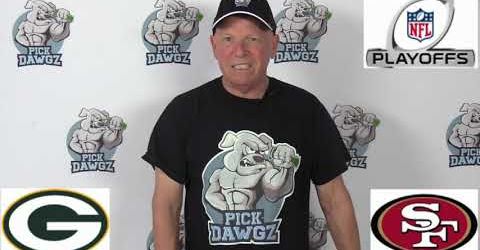 The San Francisco 49ers will look to get back to the Super Bowl for the first time since 2012 after a 27-10 win over Minnesota in their last outing. Jimmy Garoppolo threw for 131 yards, a touchdown and an interception on 11 of 19 passing while Tevin Coleman led the Niners with 105 rushing yards and a pair of touchdowns on 22 carries and Raheem Mostert had 58 rushing yards on 12 carries. Deebo Samuel led the 49ers with 3 grabs for 42 yards while Kendrick Bourne had 3 receptions for 40 yards and a touchdown. Defensively, Richard Sherman had an interception and Fred Warner had a team-high 7 total tackles while Nick Bosa added a pair of sacks, two of San Francisco’s six sacks as a team in the win. As a team, San Francisco is averaging 381.1 yards of total offense and 29.9 points per game while allowing 281.8 yards of total defense and 19.4 points per game against this season.

I really liked what I saw from San Francisco in the divisional round, but shutting down Kirk Cousins and having to try to shut down Aaron Rodgers are two completely different situations, and the 49ers’ offense wasn’t all that great against Minnesota, and I’m still not sold on Jimmy Garoppolo in the bigger games as this is uncharted territory for him. We know what we’re getting with Green Bay, and that’s a team that’s going to battle and will be hard to pull away from if San Fran is going to advance. I’ll take the free touchdown with Green Bay in this one.