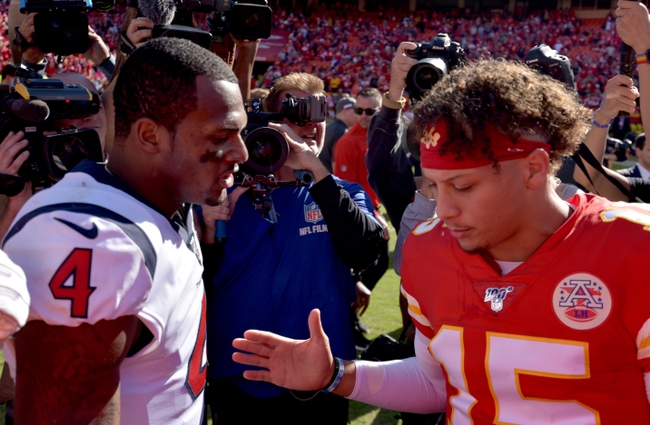 The Houston Texans look for another playoff victory after escaping the Buffalo Bills last Saturday in overtime. The Houston Texans have won four of their last six road games. Deshaun Watson is completing 67.3 percent of his passes for 3,852 yards, 26 touchdowns and 12 interceptions. Watson has two or more touchdown passes in 14 of his last 24 games. DeAndre Hopkins and Will Fuller V have combined for 1,835 receiving yards and 10 touchdowns while Kenny Stills has 40 receptions. The Houston Texans ground game is averaging 125.6 yards per contest, and Carlos Hyde leads the way with 1,070 yards and six touchdowns. Defensively, Houston is allowing 24.1 points and 388.3 yards per game. Zach Cunningham leads the Houston Texans with 142 tackles, Whitney Mercilus has 7.5 sacks and Tashaun Gipson has three interceptions.

You can argue that no team finished the season stronger than the Kansas City Chiefs, as the offense found its groove since their bye week and the defense allowed single digits in three of their last five games. The Houston Texans needed to dig deep to beat the Bills last week and the wear and tear of playing nearly five full quarters of playoff football could impact them in this contest. On paper, the Chiefs should probably roll in this game. However, I've said it before and I'll say it again, Deshaun Watson in big games evens the playing field for me. The guy shines brightest in big moments and usually gives his team a chance, and last week was no different when he dominated the second half and made a jaw dropping play in overtime to set up the game winning field goal. The Texans already beat the Chiefs this season in Arrowhead and went toe-to-toe with them back in 2017 in Houston, losing 34-42. I want the points. 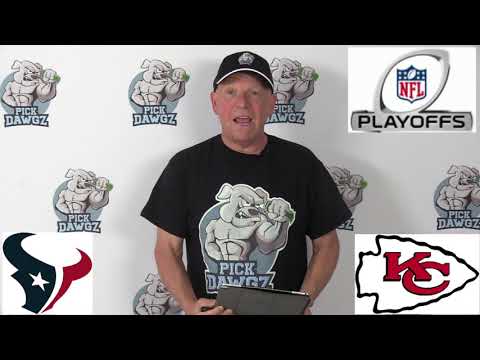