The Tennessee Titans and the Baltimore Ravens meet in NFL action from M&T Bank Stadium on Saturday.

Tennessee comes into this Divisional Round Playoff here after a 9-7 regular season. The Titans bagged a huge 20-13 upset victory over the Patriots on the road in the Wild Card Game to move on.

In the first-round victory over New England, Tennessee QB Ryan Tannehill posted 72 yards with a TD and an INT, and Anthony Firsker had two catches for 23 yards and a TD. Derrick Henry led the rush with 182 yards and a score as well.

Over on the Ravens’ side, they finished the regular season at 14-2 overall, riding a 12-game winning streak. Over their last six games, Baltimore took out the Rams, 49ers, Bills, Jets, Browns and Steelers.

In the Week 17 win over the Steelers, Baltimore QB Lamar Jackson got a rest, and Gus Edwards did the heavy lifting for the offense with 130 rush yards on 21 carries. Hayden Hurst caught two passes there for 35 yards.

Tennessee didn’t have to do a whole lot in the passing game against the Patriots, leaning on their strengths in the rush and defensive games. The Titans have turned into a formidable opponent this year; they make no secret of what they do, and they do it well.

Then there’s the Ravens, the consensus best team in the NFL right now; a team that can seemingly score at will from several different angles. The Baltimore defense has been overlooked in all the adoration, but they’re one of the best units in the league as well. There really aren’t a whole lot of weaknesses to exploit here.

The line in this game seems about right; around 10 points. I see the Ravens winning here, but I think the Titans are strong enough to muscle in there and cover. 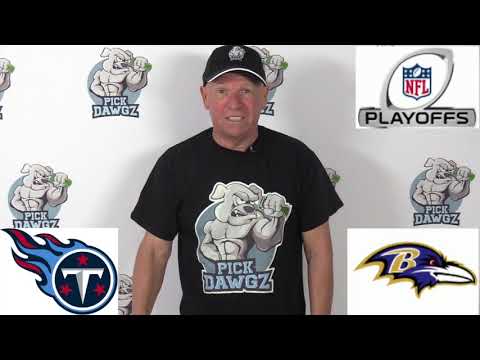