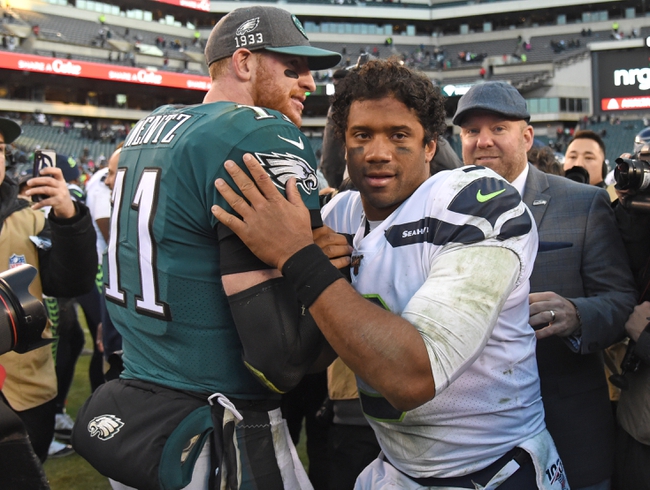 The Seattle Seahawks enter the playoffs losing three of their last four games. The Seattle Seahawks have won seven of their last eight road games. Russell Wilson is completing 66.1 percent of his passes for 4,110 yards, 31 touchdowns and five interceptions. Wilson has two or more touchdown passes in 21 of his last 28 games. Tyler Lockett and DK Metcalf have combined for 1,957 receiving yards and 13 touchdowns while Jacob Hollister has 41 receptions. The Seattle Seahawks ground game is averaging 137.5 yards per contest, and Chris Carson leads the way with 1,230 yards and seven touchdowns. Defensively, Seattle is allowing 24.9 points and 381.6 yards per game. Bobby Wagner leads the Seattle Seahawks with 159 tackles, Rasheem Green has four sacks and Tre Flowers has three interceptions.

The Seattle Seahawks should probably be the favorites because they're simply the healthier team. The Philadelphia Eagles are banged up on the offensive side of the ball and you hav to go back to their week 8 win over the Buffalo Bills the last time they beat a playoff team. With that said, the Seahawks have looked shaky the last couple of weeks, have no running game and the defense has looked slow to react at times as well. Home field matters in playoff games and we should remember what the Philadelphia Eagles did the last time they were doubted in the postseason. The Eagles have the defense to grind out a victory. I want the home team.