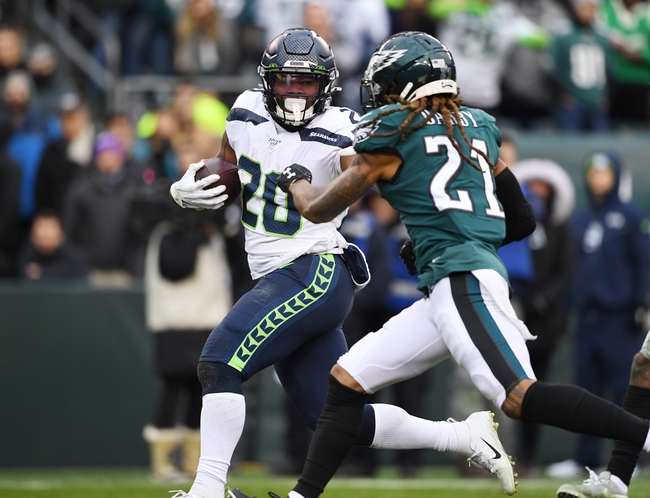 The Seattle Seahawks and the Philadelphia Eagles meet in an NFC wild card matchup from Lincoln Financial Field on Sunday afternoon.

The Seattle Seahawks come into this game looking to pick up their first wild card round win since 2016 after finishing the year with an 11-5 record, finishing with the #5 seed in the NFC. Russell Wilson threw for 4,110 yards, 31 touchdowns and 5 interceptions on 66.1% passing while Chris Carson led the Seahawks in rushing with 1,230 rushing yards and 7 touchdowns. Tyler Lockett led the Seahawks in receiving with 82 catches for 1,057 yards and 8 touchdowns while rookie DK Metcalf had 58 catches for 900 yards and 7 touchdowns. Defensively, Bobby Wagner led the Seahawks with 159 total tackles including a team-high 86 solo tackles while K.J. Wright had 132 solo tackles and 3 interceptions and Rasheem Green had a team-high 4 sacks. As a team, Seattle averaged 374.4 yards of total offense and 25.3 points per game while allowing 381.6 yards of total defense and 24.9 points per game against this season.

The Philadelphia Eagles will look to get back to the diviaional round for the 2nd time in three years after a 9-7 record to win the NFC East division and the #4 seed, their 2nd division title in the last three seasons. Carson Wentz threw for 4,039 yards, 27 touchdowns and 7 interceptions while Miles Sanders led the Eagles in rushing with 818 yards and 3 touchdowns and Jordan Howard had 525 rushing yards and 6 touchdowns. Zach Ertz led the Eagles in receiving with 88 catches for 916 yards and 6 touchdowns while Dallas Goedert had 607 yards and 5 touchdowns. Defensively, Malcolm Jenkins led the Eagles with 81 total tackles including 63 solo tackles while Brandon Graham had a team-leading 8.5 sacks this season. As a team, Philadelphia is averaging 360.8 yards of total offense and 24.1 points per game while allowing 331.7 yards of total defense and 22.1 points per game against this season.

The points with the Eagles as a home dog are tempting as the Eagles have thrived in the playoffs in the underdog role, covering their last 10 of their last 11 lines in that role and each of their last 5 playoff games. You also have to imagine that the Eagles have a bit of a chip on their shoulder after hearing all this talk about how they shouldn’t be the #4 seed or they’re not a real division winner after going just 9-7 in the worst division in football this season. However, Seattle I think is just the better team here, and the Seahawks haven’t been afraid to go on the road and get the job done this season, going 7-1 SU and 5-2-1 ATS. The Seahawks have also owned the Eagles against the spread for some time now, so I’ll side with Seattle to get the job done and I’ll lay the points. 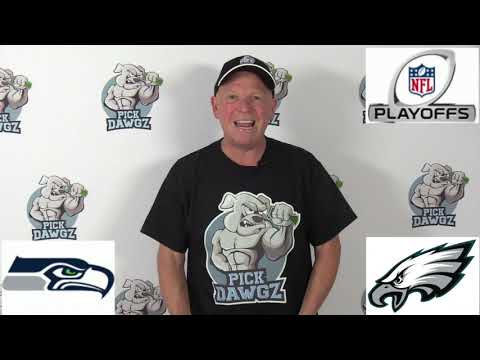