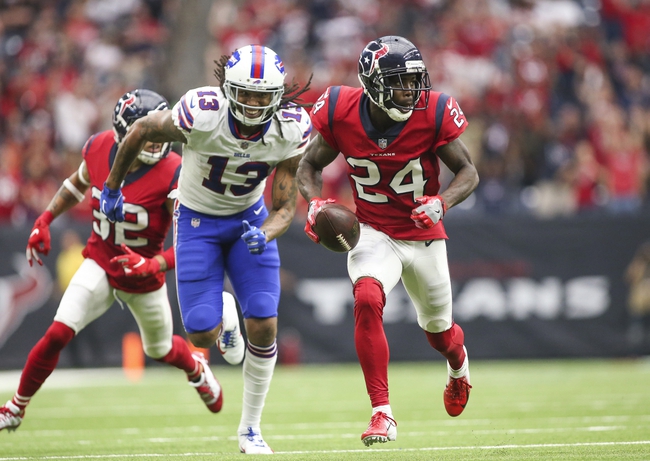 The Buffalo Bills and the Houston Texans meet in an AFC Wild Card matchup in NFL action from NRG Stadium on Saturday afternoon.

The Buffalo Bills come into this game as the #5 seed in the AFC, earning the top wild card spot after finishing the year with a 10-6 record. Josh Allen threw for 3,089 yards, 20 touchdowns and 9 interceptions on 58.8% passing while Devin Singletary led the Bills in rushing with 775 rushing yards and Frank Gore had 599 rushing yards. John Brown led Buffalo with 72 catches for 1,060 yards while Cole Beasley had 67 receptions for 778 yards with both Beasley and Brown logging 6 receiving touchdowns. Defensively, Tremaine Edmunds had a team-high 115 total tackles while Jordan Poyer had 107 total tackles with a team-high 71 solo tackles and Matt Milano had 101 total tackles. Tre’Davious White had a team-high 6 interceptions while Jordan Phillips led the Bills with 9.5 sacks. As a team, Buffalo is averaging 330.2 yards of total defense and 19.6 points per game while allowing 298.3 yards of total defense and 16.2 points per game against this season.

The Houston Texans come into the playoffs as the #4 seed, representing the AFC South as the division champion following a 10-6 season. Deshaun Watson threw for 3,852 yards, 26 touchdowns and 12 interceptions on 67.3% passing while Carlos Hyde led the Texans in rushing with 1,070 yards and 6 scores. DeAndre Hopkins led Houston with 104 catches for 1,165 yards and 7 touchdowns while Kenny Stills had 40 grabs for 561 yards and 4 TDs. Zach Cunningham led Houston’s defense with 142 total tackles including 99 solo tackles while Benardrick McKinney had 101 total tackles and Whitney Mecrilus had a team-high 7.5 sacks. As a team, Houston is averaging 362 yards of total offense and 23.6 points per game while allowing 388.3 yards of total defense and 24.1 points per game against this season.

I think if you told the Bills at the beginning of the year that they’d be in a playoff game, they would take it, especially with the long playoff drought coming to the end for the team. Houston’s been there before and the promise is always high for the Texans, but the issue is that Houston has a tendency to underperform in these bigger scenarios. The Bills were road warriors all season long, going 6-2 SU and 6-0-2 ATS. I just think that the Bills are a dangerous team that can do some damage with their defense, and I think this is another spot where Houston just crumbles under the pressure so I’ll take a shot with the Bills and the points here.

Get Premium Picks Start Winning Now »
The pick in this article is the opinion of the writer, not a PickDawgz site consensus.
Previous Pick
Atlanta Falcons: 2020 NFL Draft Needs
Next Pick
New England Patriots vs. Tennessee Titans - 1/4/20 NFL Pick, Odds, and Prediction 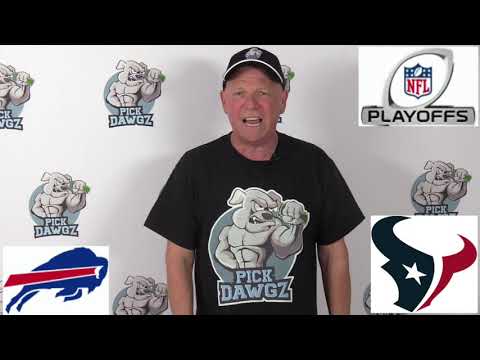