The Tennessee Titans are coming off a 46-25 win over the Detroit Lions in their last game in Week 15. The Titans are fighting for an AFC South title with the Indianapolis Colts, so losing games to teams like the Lions or Jaguars are not in the team's vocabulary. The Titans destroyed both the Jags and Lions these past two weeks, and now share a 10-4 record with the Colts atop the division standings. The Titans currently own the tie-breaker with the Colts due to division wins, but a lot can change in two weeks. The Titans have won four of their last five games and their offense has looked nearly unstoppable doing it. The Titans score 31.1 points per game and earn 409.6 total yards of offense per contest as well. The Titans allow 25.8 points per game and concede 398.6 total yards of offense to their opponents as well.

The Green Bay Packers are coming off a 24-16 win over the Carolina Panthers on Saturday night in Week 15. The Packers, just like the Titans, are red hot as of late. Green Bay has already clinched the NFC North title, so the only thing left to play for is the top seed in the NFC, which is very important this season. The Packers have won their last four games and will look to make it five at home here. The Packers score 31.0 points per game and earn 402.4 total yards of offense per contest as well. The Packers allow 24.2 points per game and allow 354.4 total yards of offense per contest as well.

The Packers open as 3.5-point favorites and the total is set at 56. I like the Titans to keep this game within a field goal and perhaps win the game outright. The Packers have been good against the run this season, but Derrick Henry is a different beast. I like Tennessee and the points here. 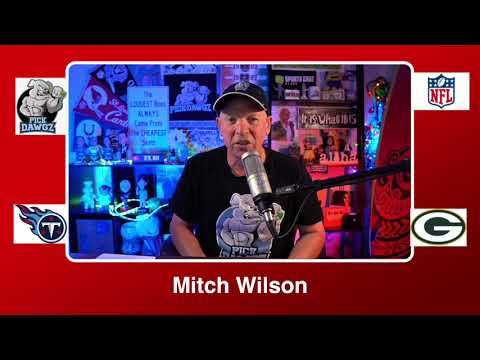