The Philadelphia Eagles and Dallas Cowboys face off on Sunday in a Week 16 NFL showdown at AT&T Stadium.

The Philadelphia Eagles have had their issues this season but the last few weeks they have at least looked competitive. Jalen Hurts will be the under center again in this game, and it’s good news because it’s clear he gives the team a better chance to win. The Eagles lost their last game against the Arizona Cardinals, but the offense looked better. Hurts finished the game against the Cardinals throwing for 338 yards and three touchdowns. On the season the Eagles are averaging 21.6 points per game while their defense is giving up 25.8 points per game.

On the other side of this matchup is the Dallas Cowboys who lost Dak Prescott early in the season and it threw their entire season off the loop. In the last game against the San Francisco 49ers the offense got out to a fast start but their defense let them down. Giving up 41 points and that led to an eight point defeat. On the season, Dallas is averaging 24.2 points per game while their defense is giving up 30.9 points per game. Quarterback Andy Dalton has been decent, but not good enough. Dalton has thrown for 1,549 yards, 11 touchdowns, and six interceptions. One big question for the Cowboys is who will be in the backfield for the team. Ezekiel Elliott missed the last game with a calf injury, and it’s unclear if he is going to be able to go in this game.

These are two offenses who are inconsistent and I think at least one of these teams will have issues scoring in this game. There will be points scored, but this total is too high. Back the under. 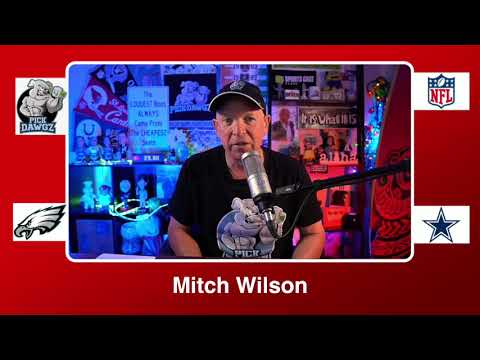