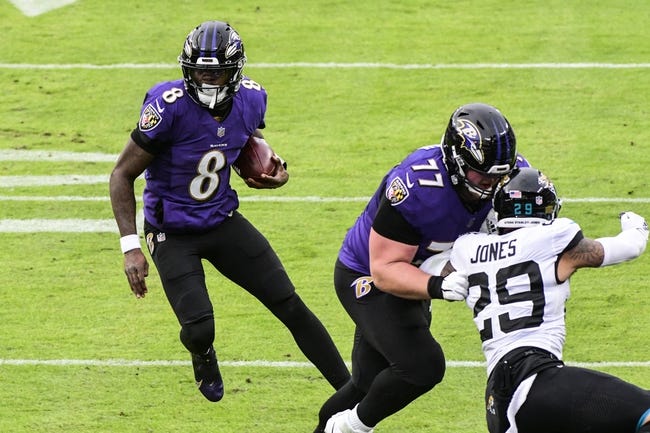 The New York Giants will travel to M&T Bank Stadium to take on the Baltimore Ravens this Sunday afternoon in NFL action.

The New York Giants lost their 2nd straight game and dropped to 5-9 on the season after being defeated by the Cleveland Browns, 20-6, this past Sunday night. For the 2nd straight week, New York could get noting going on the offensive end and could not fight back after a 1-yard TD run by Cleveland’s Nick Chubb gave the Browns a 20-3 lead with 12:53 left in the 4th quarter. New York was outgained by Cleveland by a 392-288 margin and didn’t force a turnover in the loss. Leading the way for the Giants was WR Darius Slayton who had 4 receptions for 74 yards.

The Baltimore Ravens won their 3rd straight game and improved to 9-5 on the season after defeating the Jacksonville Jaguars, 40-14, this past Sunday. Baltimore made quick work of Jacksonville and had no trouble securing the victory after going into halftime with a 26-0 lead. Baltimore outgained Jacksonville by a 409-267 margin and forced 1 turnovers in the victory. Leading the way for the Ravens was QB Lamar Jackson who completed 17 of 22 passes for 243 yards, 3 TD, & 1 INT while adding 35 rushing yards & 1 TD on the ground.

New York needs a win in this one to stay in the thick of the NFC East race, however, despite having a strong defense, their offense has pretty much disappeared over the last two weeks as the Giants have combined for just 13 points over their last two games against Arizona & Cleveland. Baltimore has started to look like the team we saw in the regular season last year and between the fact that Ravens need the win as much as the Giants do and that their defense, that ranks 4th in scoring defense, should have no problem slowing down the Giants offense at home, I’m taking Baltimore to cover this large spread. Good Luck! 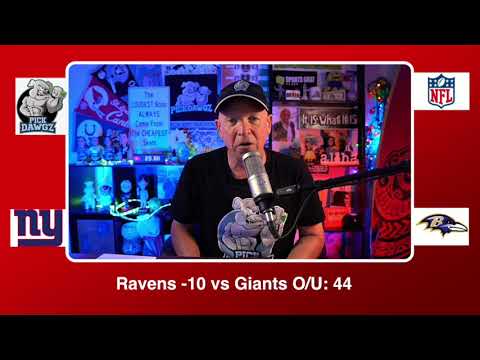