The Indianapolis Colts face the Pittsburgh Steelers on December 27th at Heinz Field for an NFL football matchup.

The Indianapolis Colts are coming off a 27-20 win over the Houston Texans at home on December 20th. The Colts are red hot, winners of three straight games and owning a 10-4 record this season. The Colts and Titans are fighting for the top spot in the AFC South, but currently, the Titans own the tie-breaker over the Colts. The Colts have been just as good on the road as they have been on the road, boasting a 5-2 record away from Lucas Oil. The Colts score 28.5 points per game and earn 382.0 total yards of offense per contest as well. The Colts allow 22.9 points per game and concede 349.9 total yards of offense per contest as well. The Colts have one of the best rushing defenses in the league, allowing less than 100 yards rushing per game.

The Pittsburgh Steelers are coming off an embarrassing loss to the Cincinnati Bengals by the final score of 27-17. The Steelers started the season with a perfect 11-0 record, but have now lost three straight games against the Football Team, Bills, and Bengals to fall to 11-3. The Steelers were shut out in the first half of the Monday Night contest with Cincinnati, as they trailed 17-0 after two quarters. Big Ben had his worst performance of the season, throwing 170 yards off of 20-38 passing, one interception, and only one touchdown. The Steelers score 26.1 points per game and earn 336.8 total yards of offense per contest as well. The Steelers allow 18.9 points per game and concede 320.9 total yards of offense per contest to their opponents. The Steelers will look to bounce-back at home, but it will not be against an easy opponent.

The Steelers open as 2.5-point favorites and the total is set at 46. I think the Steelers will figure things out before the postseason, but I do not think this is a great spot for Pittsburgh. The Colts are playing much better football and there is no reason why I should not back them here again. I will take the Colts. 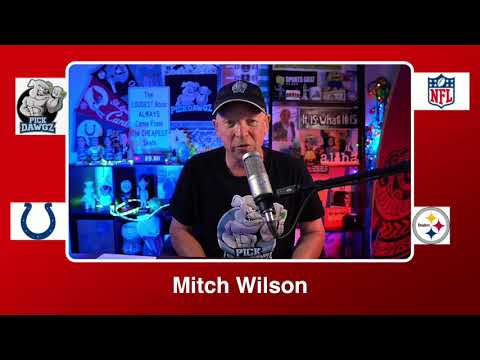