The Denver Broncos face the Los Angeles Chargers on Sunday, December 27th at SoFi Stadium for an AFC West matchup.

The Denver Broncos are coming off a 48-19 loss to the Buffalo Bills on Saturday night in Week 15. The Broncos were absolutely dominated from start to finish in that game, as Josh Allen and the Bills played like they had something to prove. The Broncos allowed 534 total yards and only earned 255 yards themselves in a game that was hard to watch. The Broncos are now 5-9 on the year and, just like their opponent this week, have nothing much to play for. The Broncos have lost three of their last four games outright, but all three of those losses were against tough teams in the Bills, Chiefs, and Saints. The Broncos score 19.7 points per game, as Denver has one of the weakest offenses in the NFL. Denver also allows 28.2 points per game and concedes 382.1 total yards of offense per contest to its opponents.

The Los Angeles Chargers are coming off a 30-27 win in overtime over the Las Vegas Raiders in their last game in Week 15 on TNF. The Chargers conceded a field goal in overtime on the Raiders' first possession, but Los Angeles was able to score the game-winning touchdown on a 1-yard Justin Herbert touchdown run. The Chargers are now 5-9 on the year, just like the Broncos, but Denver owns the current tie-breaker in the standings. The Broncos defeated the Chargers earlier this season after mounting a very impressive comeback late in the 4th quarter. The Chargers score 23.4 points per game and earn 396.6 total yards of offense per contest as well. The Chargers allow 27.8 points per game and concede 354.7 total yards of offense per contest to their opponents as well.

The Chargers open as 3-point favorites and the total is set at 48.5. I like the Chargers to win this game by more than a touchdown at home, as their offense is far more efficient than Denver's. The Broncos were able to win game one of this season series, but Los Angeles should be able to split the series with a victory in game two. 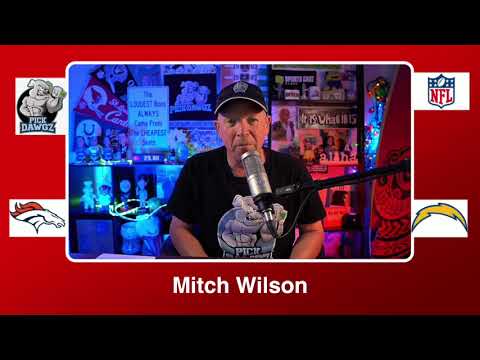