The Carolina Panthers will travel to FedExField to take on the Washington Football Team this Sunday afternoon in NFL action.

The Carolina Panthers lost their 3rd straight game and dropped to 4-10 on the season after being defeated by the Green Bay Packers, 24-16, this past Saturday. Carolina was able to make it game in the 4th quarter after going into halftime down by a 21-3 margin, however, the Panthers could not fight back after a Mason Crosby FG for the Packers gave Green Bay a 24-13 lead with just 3:39 left in regulation. Carolina outgained Green Bay by a 364-291 margin, however, lost the turnover battle by a 1-0 margin in the loss. Leading the way for the Panthers was WR DJ Moore who had 6 receptions for 131 yards.

The Washington Football Team has their 4-game winning streak snapped and dropped to 6-8 on the season after being defeated by the Seattle Seahawks, 20-15, this past Sunday. Washington was able to make it a game late after TD’s early in the 4th quarter by both Peyton Barber & J.D. McKissic made it a one possession game midway through the 4th quarter, however, despite having a chance to get the go-ahead TD, Dwayne Haskins took back-to-back sacks late and Washington turned it over on downs. Washington outgained Seattle by a 353-302 margin, however, lost the turnover battle by a 2-1 margin in the loss. Leading the way for Washington was TE Lance Thomas who had 13 receptions for 101 yards.

Washington’s defense has been lights out over their past five games, holding their opponents to an average of just 15.4 ppg. Carolina, although not a powerhouse defense, was quite impressive against Aaron Rodgers and Green Bay, holding the Packers to under 300 total yards and I think they will have a much easier time against a Washington offense that I can’t trust with Dwayne Haskins under center. This game screams under to me and as I expect the total to go down as the week goes on, I’m getting on this one sooner than later. Good Luck! 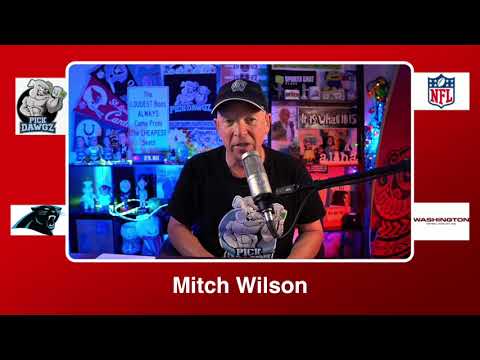