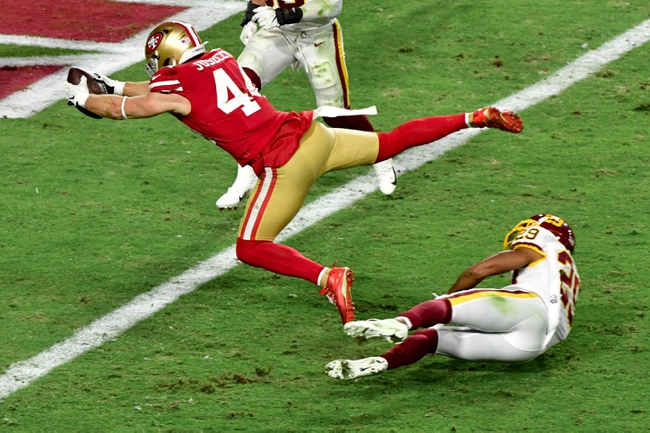 The San Francisco 49ers face the Dallas Cowboys on Sunday, December 20th at AT&T Stadium for an NFL football matchup.

The Dallas Cowboys were able to keep their small playoff chances alive by defeating the Cincinnati Bengals by the final score of 30-7 in Week 14 on the road. The Cowboys are now 4-9 on the year and remain two games behind Washington and one game behind the New York Giants in the NFC East playoff race. The Cowboys snapped their two-game losing streak with the win over Cincinnati, and it was also the first win against an AFC North opponent for Dallas (who ended 1-3 against the division). The Cowboys score 22.9 points per game and earn 393.2 total yards of offense per contest as well. The Cowboys allow 30.8 points per game and concede 388.1 total yards of offense to their opponents as well.

The San Francisco 49ers open as 2.5-point favorites and the total is set at 45.5. I like the 49ers to win this game on the road and win it by more than a field goal. Dallas was able to defeat a beaten up Bengals squad, but I think the 49ers are a much better team. San Francisco's defense should shine here.